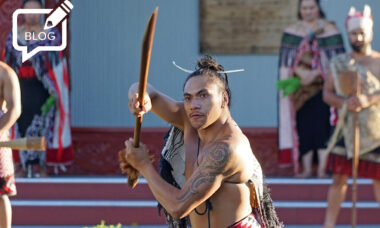 New Zealand’s ban on cigarette sales to people born after 1st January 2009 may look like a dry run for complete prohibition. But there’s a crucial difference, really: the law (which doesn’t apply to e-cigarettes or heated tobacco, though pouches are already illegal) will still allow for combustibles to be legally available to older people.

As a result, it will be a test not so much of prohibition itself as of the authorities’ effectiveness in controlling what could be an exceptionally ubiquitous black market – and of the interest that the generation about to turn 14 actually has in smoking.

The more crucial of the two questions, indeed, is whether this generation even wants to smoke. So – assuming there are no other substantive changes to smoking patterns or regulation in New Zealand over the next decade or so, apart from a continuation of the general trends toward reduced usage, higher taxes and so on – there are two possible scenarios. (The reality, of course, could also lie in between them.)

In the first, uptake of smoking among the currently-teenage generation is low in most of the developed world, with vaping or some other technology preferred instead among those who do want to use nicotine. The New Zealand law therefore only mandates pretty much what is happening anyway, and nobody objects very strongly.

The few in that age group who want to smoke resort to the black market. But it is effectively a tobacco-free (if not nicotine-free) generation. The law is hailed as a success, though it’s questionable whether it really made much difference, beyond pushing a few nicotine-curious teens away from smoking and toward vaping or another nicotine delivery technology.

In an alternative scenario, although teen smoking is dropping anyway – in part thanks to new delivery technologies – there remains a substantial enough interest in smoking among that age group that by the time they reach their mid-20s the situation is unsustainable. People protest at the apparent absurdity and injustice of a 26-year-old adult being able to buy cigarettes legally while a 25-year-old adult cannot, and while the law has probably prevented some uptake among the less determined, the black market is huge and uncontrollable.

Where New Zealand would go then is an interesting subject of speculation. A compromise solution might simply be to revert to an age-based rule, but based on a much higher age than at present – 25, for example. That would have the benefit of deterring (if not entirely preventing) initiation at the younger ages when many smokers take up the habit, while addressing the issue of generational discrimination.

My guess, though, is that it won’t be necessary. The new ban will seem to work – but not necessarily because it is an effective one. Smoking in this generation of New Zealanders will dramatically decline, because it’s going to anyway, ban or no ban.