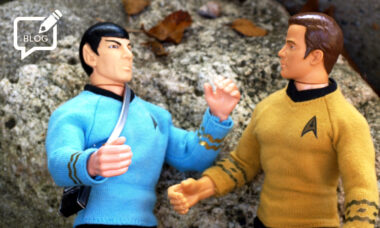 Another study has confused correlation and causation when it comes to youth vaping and the supposed gateway effect – this time linking vaping and later cannabis use.

Of course, while the e-cigarette world is painfully accustomed to this kind of fuzzy thinking, other novel nicotine products such as heated tobacco and pouches have so far been largely spared it – as they have generally been spared scare-driven media coverage and apparently headline-driven scientific research.

But as they grow in popularity, it is surely only a matter of time before dubious links are drawn between use of a safer nicotine product and use of some other substance, be that cannabis or combustible tobacco or saturated fats.

The study “Use of electronic cigarettes among cannabis-naive adolescents and its association with future cannabis use”, published by the JAMA Network, found that young people who used e-cigarettes were up to 3.2 times more likely than their non-vaping peers to report future cannabis use.

While it may be tempting to interpret this as a “gateway effect” – as it has been reported elsewhere – what it demonstrates is correlation rather than causation: individuals who use e-cigarettes often also use cannabis, often at a later time. This, however, is no evidence that e-cigarette use leads to cannabis use. Ultimately, when viewed alongside the paper’s other findings as well as other research, this gateway theory falls apart.

The study found that while e-cigarettes did appear to increase the odds of later cannabis use at the individual level, when scaled up, “e-cigarette use seems to have had a minimal association with the overall prevalence of youth cannabis use. At the population level, adolescent use of cannabis has remained relatively stable for the past quarter century.”

The data was taken from surveys collected during the rapid uptick of vaping among adolescents seen in 2017. However, if the products functioned as a gateway to cannabis, a similar population level rise in cannabis would be expected to follow, which did not happen.

While the researchers did control for some risky behaviours, it is difficult to capture and adjust for risk propensity entirely. Specifically, the authors evaluated the desire for “sensation seeking” by asking young people about their affinity for frightening things. However, while this might help control for some thrill-seekers, it does not necessarily capture the spirit of rebelliousness that often serves as the foundation for substance-related risk-taking in adolescence – or for those who see nothing frightening in either e-cigarettes, cannabis, or both.

So, when you first hear the suggestion that (say) nicotine pouches “lead to” drinking alcohol, apply the correlation/causation test. Two phenomena may well be frequently found together, but does that mean one causes the other?

We might laugh at the 17th century speculation that wheat created mice (the two only correlate), but sometimes our 21st century thinking on controversial substances falls into the same error.

Are novel nicotine products a ‘huge distraction’ from the real problem?