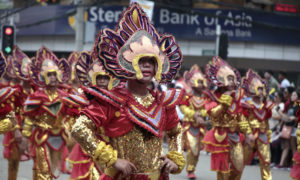 A joint memorandum issued by a number of government agencies laying down rules for tobacco-alternative products in the Philippines establishes new restrictions on flavours and changes to labelling requirements.

The circular, stamped by the departments of health, finance, internal revenue, and budget and management, and the Philippine Health Insurance Corporation, applies specifically to heated tobacco and vapour products.

It sets out the terms for a new graphic health warning template to be prescribed by the Department of Health (DoH) and to be used by sellers, manufacturers, importers and distributors on all labelling and packaging.

Exact replicas of the graphics for health law-compliant packaging, containers, or wrappings will have to be submitted to the Bureau of Internal Revenue (BIR). Businesses will have 18 months to comply with the requirements.

Meanwhile, the sale of heat-not-burn (HnB) and vapour products to under-21s remains prohibited and punishable under the National Internal Revenue Code. Purchasers’ age must be verified using identification papers bearing a photo and date of birth.

TobaccoIntelligence sources confirmed that the joint memorandum is only a primer to the existing Food and Drug Administration (FDA) guidelines and that the agencies concerned still need to issue more detailed rules for e-cigarettes and heated tobacco.

Senate president Vicente Sotto III said recently that guidelines on tobacco alternatives should not be more restrictive than the law on combustible tobacco products.

“We don’t want it to appear that introducing a cigarette product to the Philippines is easier than introducing a heated tobacco or a vapour product,” he said.

His call came after an FDA official admitted in a virtual public hearing in October that the agency had received grants from anti-tobacco organisations in the US, including Bloomberg Philanthropies.

“If the FDA ignores the views of legitimate and impacted stakeholders and proceeds with the adoption of an administrative order lifted from the playbook of their anti-tobacco patrons, we would be constrained to file an anti-graft case with the Ombudsman,” said Anton Israel, president of the Nicotine Consumers Union of the Philippines.

Savellano and other representatives filed a few days ago a resolution urging the government to return foreign grants received by the FDA.

What This Means: In the light of the recent controversy involving the Philippines FDA, there may yet be some changes to the draft guidelines to ward off the threats of anti-graft protests and action against the agency.

It remains to be seen if these changes will truly work in favour of the tobacco-alternatives industry.

Philippines FDA lookening to tighten the screw on alternative products