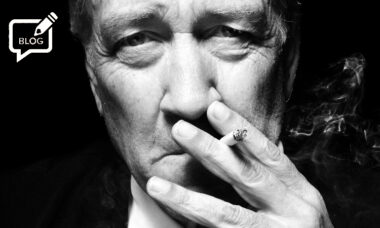 Rumours circulating this week that the Biden administration is about to put its weight behind mandatory nicotine reduction in combustibles will have been music to the ears of 22nd Century Group, if few others outside the worlds of tobacco control and politics.

22nd Century, of course, is the company which late last year obtained modified risk tobacco product (MRTP) orders from the Food and Drug Administration (FDA) for two of its very-low-nicotine cigarettes (VLNCs), containing around 96% less nicotine than standard combustibles.

The FDA’s support for reducing nicotine is nothing new; former commissioner Scott Gottlieb was talking about it back in 2018, and though the issue disappeared from the spotlight for a while it has always been lurking. Last year’s MRTPs, and the increasing (largely misleading) demonisation of nicotine itself rather than tobacco smoking specifically, make it no surprise that the VLNC concept has returned to the forefront.

Nothing will happen quickly. Even if the White House does weigh in, the FDA will still need to formulate a rule and open it for comment; there will be opposition to contend with, from the tobacco industry (this time with defensible science on its side) and likely from the tobacco states too.

There is a political dimension as well, with the midterms coming later this year and another presidential election in 2024.

Most tobacco control measures (for example Tobacco 21 or health warnings) do not directly impact existing smokers, or (as with public place smoking restrictions) only inconvenience them. But mandatory reduction of nicotine to minimal amounts threatens their habit existentially, and although there is some evidence to suggest that smokers are less likely than non-smokers to vote, this could encourage them to do so.

With many elections depending on relatively small majorities, it raises the prospect of political parties – or individual candidates – opposing VLNCs specifically to push smokers to the ballot box. Indeed, 22nd Century’s FDA-permitted claim that reducing nicotine will “help you to smoke less” could become a test of smokers’ oft-expressed intentions to quit; many may, in reality, prefer to follow the lead of St Augustine when he asked the Lord to “make me pure – but not yet”.

If mandatory reduction were introduced, who would benefit? 22nd Century (which is already reporting encouraging results from trial sales in Chicago), obviously, and presumably other tobacco companies which would, however unwillingly, have to convert their existing brands.

For vapour and heated tobacco, the devil would be in the detail. The signs so far are that nicotine reductions would not necessarily apply to them, in which case retaining the capability to deliver current nicotine levels would confer a very significant competitive advantage over reduced-nicotine combustibles.

However, given the generally negative policy-making mood toward nicotine in general and vaping in particular, it’s not inconceivable there would be political pressure to include them – even if there would be an equally strong imperative to provide some kind of credible, regulated off-ramp for smokers who won’t put up with VLNCs.

Perhaps pouches could be the wildcard.

It might not be rational to launch a war on nicotine qua nicotine while tolerating it in this one form, but not everything about nicotine policy in the US is entirely rational at the moment. And even if they do have the disadvantage of association with Big Tobacco, pouches have the advantage of not looking like smoking at all – something not to be discounted in an environment where perceptions of action often have more heft than justifications or actual outcomes.