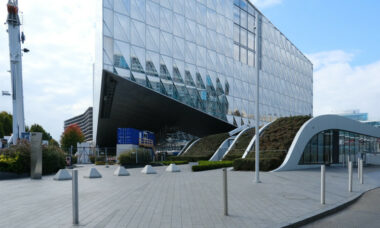 Japan Tobacco (JT) posted positive numbers in the first half of the year, with good performance from its reduced-risk products (RRP) and an improvement in its full-year guidance after the launch of HnB Ploom X.

The company’s market share in the reduce-risk category is estimated to be 9.8% on a shipment basis.

The tobacco manufacturer is now looking to the performance of Ploom X, a new heated tobacco device softly launched in July that will become available at convenience stores and select tobacco retail stores across Japan from 17th August 2021.

Masamichi Terabatake, president and chief executive officer of the JT Group, defined this development as a “strong business momentum” and said that the product will gradually be rolled out across other countries.

Adjusted operating profit forecast remains unchanged at a year-on-year increase of 4.7%, despite the investments in the second half of this year for sales and promotion activities of Ploom X.

What This Means: The Japanese tobacco manufacturer seems optimistic about the future of its smoke-free portfolio and the marketing of the new heated tobacco device.

The company said that it is “making steady” progress in the rollout of an operating model for the combined one tobacco business as well as measures to strengthen competitiveness in the Japanese market.