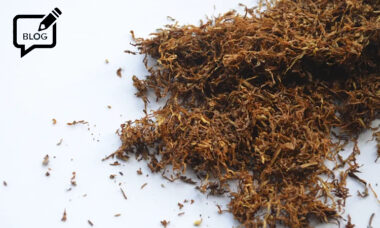 The Society for Research on Nicotine and Tobacco (SRNT) held its annual get-together in Baltimore, Maryland last week and – as usual – published a huge number of research abstracts to accompany it (notwithstanding some controversy over the exclusion of industry research). In disciplines from medicine to sociology to economics, and taking in themes from Covid to cannabis, many of the papers are of particular relevance to novel nicotine products.

There’s still not nearly as much on heated tobacco or pouches as on e-cigarettes or combustibles, but both topics are appreciably on the agenda now.

Here are some highlights, with their ID numbers so they can be easily located in the SRNT’s very long list.

SYM12-2 and SYM12-3 both look at the growth of pouches, with SYM12-2 suggesting that “perceived substitutability, variation in perceived risks, and high exposure to nicotine pouch advertising may be contributing to increasing use” while SYM12-3 notes “an increasing trend in oral nicotine pouches discussions on Reddit”, where “users overall had a positive attitude”.

By contrast, though, PS1-119 documents “modest levels of awareness, appeal, and trial of tobacco-free nicotine pouches among U.S. adult smokers”.

On heated tobacco, POD7-5 has some data from Japan covering the period 2018-20, finding that while “HTP use continued to increase, this was not accompanied by substantial changes in daily smoking or cigarette consumption”. PS2-31 suggests that the behaviour of heated tobacco users is broadly similar in Korea to Japan, so can we expect to see a similar outcome?

More generally, PS2-9 compares heated tobacco with combustibles and concludes that “IQOS was rated lower than [a smoker’s usual cigarettes] on some pleasurable sensory items but was similar on other perceptions and acute use behaviors” (much as you’d expect), while PS1-32 looks at marketing for the product, suggesting that “the spread of IQOS content on Instagram is largely driven by business accounts [and] brand-relevant accounts act as key leaders in shaping the normative messages of IQOS”.

There’s much worth reading on other topics, too, including some new ideas in smoking cessation and tobacco control.

SYM5-2 suggests “promising results for psilocybin in comparison to transdermal nicotine patch when both are delivered in combination with CBT” (cognitive behavioural therapy).

POD13-7 and PS1-7 both look at NicoBloc, “a novel, non-pharmacological liquid applied to the filter end of a conventional cigarette that blocks 33% of tar and nicotine with one drop; three drops blocks up to 99%”.

And PS1-30 considers “dissuasive cigarettes”, sticks supplied in unattractive colours or carrying warning messages. The results for them weren’t so promising: “Although dissuasive cigarettes may be less favourable than cigarettes without off-putting health warnings and colours, in the current study they do not appear to markedly reduce appeal or increase perceptions of harm compared to a regular cigarette.”

A different way of encouraging quitting

Another paper, SYM18-5, contemplates a different way of encouraging quitting, by demonstrating “proof of concept for translating key basic science findings into a genomically-informed risk tool that can be implemented to promote progress toward smoking cessation. Implementing genomic risk in the healthcare setting with patients and providers has the potential of accelerating smoking cessation.”

Indeed, the importance of the information that reaches consumers is a theme running through much of the research presented at SRNT.

And a key issue here is nicotine awareness. PS1-104 “provides evidence of the role of social media in both disseminating as well as dispelling misleading and potentially harmful misinformation about nicotine and suggests a role for counter messaging…addressing misinformation about nicotine is important, as it appears to be associated with more favorable views of the tobacco industry which may erode public support for effective regulation.”

That may depend on what you consider “misinformation”, of course, but either way – as POD12-7 puts it – “the repetition effect increases the believability of claims about tobacco, and the effect is generally stronger for false claims compared to true claims. This underscores the importance of strategies to inoculate people against misinformation and calls for interventions that can stop the repetition of newly generated false claims.”

False claims over smoking, tobacco and nicotine…who’d a thunk it?

What science should we be following on novel tobacco products – and how far?