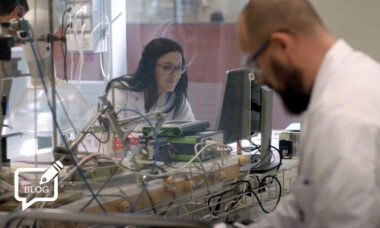 Philip Morris International (PMI) has always been one of the frankest tobacco companies when it comes to speaking of the smoke-free future, and this is no mere pious nod to public-health desiderata; it’s a real recognition that at some point in the not-too-distant future, perhaps measured in decades but not many of them, smoking is going to pretty much end in many countries. It may not disappear entirely, but it will become an obscure pursuit of a very small minority. Smoking cigarettes will be like, say, cigar smoking today.

Indeed, André Calantzopoulos (now PMI’s executive chairman, formerly CEO for many years) has famously said: “I am convinced that it is possible to completely end cigarette sales in many countries within ten to 15 years.”

Tobacco companies cannot, ultimately, prevent this shift. It’s not just that regulation increasingly thwarts any efforts they might make to do so; it’s that the scale of the move away from smoking is simply too big for the industry to resist.

So what do these commercial behemoths do in response?

The end is nigh…

The obvious answer for the last few years has been to embrace tobacco alternatives, first vape and then heated tobacco as well as other products. But the recent acquisition by PMI of two companies – Fertin Pharma, a major producer of nicotine gums and tablets, and Vectura, an inhalation specialist – as well as its investment in Syqe Medical, an Israeli developer of inhaler products, points to a future much wider than obvious cigarette substitutes.

Doubtless, new technologies like these will be used for nicotine. But they can also be used for many other applications. At an investor day back in February, for example, Calantzopolous spoke of “sleep aid, energy and focus, [and] calm control” as possible areas for PMI to look at.

This does not mean it is transforming itself from Big Tobacco into Big Pharma. But the question that companies like PMI will be asking themselves is: what do we have that can survive the end of tobacco?

And the answer, surely, is their vast expertise – and resources – in science and regulation that can relatively easily be redirected away from nicotine and into other sectors.

PMI and its brethren are unlikely to end up churning out blister packs of aspirin, but it will be no surprise to see them acquiring more and more intellectual property in areas far beyond nicotine and tobacco.