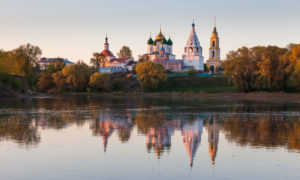 Check out all our complete coverage and analysis of the Russian market and regulatory landscape here.

The Russian State Duma, the lower house of the Federal Assembly, has passed a bill prohibiting the sales of tobacco-free nicotine products for oral use, mainly popular white pouches.

Under the bill 119575-7, introduced three years ago, all new alternatives to tobacco products are unified under one category labelled as “nicotine-containing products”.

The regulation bans the sale of nicotine-containing products intended for chewing, sucking and sniffing. It also restricts the sale of heated tobacco products to minors and makes them subject to all restrictions existing for tobacco products, including the ban on consumption in public places, online sales, displaying them openly on shelves and advertising.

The bill poses a significant change for the Russian market, where white pouches were constantly gaining popularity after smokeless tobacco, including snus containing tobacco, which was banned in 2015.

Oleg Barvin, head of regulatory affairs at British American Tobacco (BAT) in Russia told TobaccoIntelligence that the new regulation is “a big mistake”.

The Big Tobacco company introduced its Lyft white pouches brand in the country in 2019, and according to Barvin, estimates that one year after introducing this product in the market the number of consumers using them exceeded 1m.

Back in 2019, the Rospotrebnadzor (Federal Service for Supervision of Consumer Rights Protection and Human Well-Being) issued a resolution “On Strengthening Control (Supervision) of Nicotine-Containing Products” that prohibited the sales and manufacturing of white pouches.

Since then, the sales of these tobacco-alternative products were limited to internet forums and Telegram messenger chats. At the moment, the websites of Russia’s local manufacturers such as Fedrs, Corvus, and Blax are either under maintenance or do not have information available on white pouches.

Many regional jurisdictions decided to adopt a sales ban of nicotine-containing pouches, which was considered a blow by the sector.

After the new bill comes in force, some companies said that they will operate exclusively in the legal field and will stop sales of the products that are prohibited. BAT Russia believes “it is best for the government to first do a full-fledged scientific study of the product before banning it”.

Russia’s own research on nicotine pouches done by the Russian scientific research institute of tobacco, makhorka and tobacco products (FSBSI ARSRITTP) found the amount of nitrosamines in white pouches is several times lower than in cigarettes and even in heated tobacco.

What This Means: The bill was adopted by Russian lawmakers in the third reading on 22nd July and it has now been sent to the Federal Council, which is expected to discuss and vote the bill today, 24th July – the last day before the summer recess.

The final step before adopting the new regulation will be the signature by the president Vladímir Putin.

It has yet to be seen how other neighbouring countries will react to this new regulation. Belarus has already restricted the sale of white pouches to minors but has not imposed a complete ban on this category. According to experts, this could lead to the growth of the black market, taking into account that the demand for white pouches remains at a fairly high level in Russia.

Regulatory report: the power of regional authorities in Russia

Regulatory report: snus products, with and without tobacco, in Russia