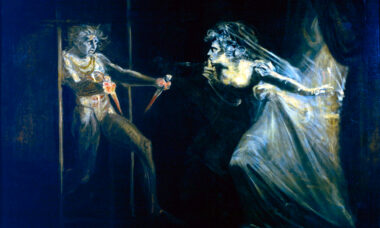 As worries persist over youth consumption of nicotine, new research from the United States has attempted to establish whether stakeholders take impacts on young people into account when devising products, marketing campaigns, and regulatory approaches.

A representative sample of lawmakers at both state and federal level as well as individuals working within retailers, independent manufacturers, Big Tobacco companies and enforcement agencies were asked a series of questions relating to their awareness of youth nicotine issues, including level and frequency of awareness.

The study, published today (1st April 2022) in the Proceedings of the American Antipathetical Society, finds that while 78% of legislators and 89% of enforcement personnel thought of the children at least once a week, and 44%/51% thought of them daily, the figures shrank to 65%/32% for those at independent manufacturers and 49%/22% for those at Big Tobacco firms.

Only 13% of retailers thought of the children daily, unless they had just thrown a 20-year-old child out of their store for attempting to buy tobacco products.

The big picture, said the researchers from the University of Hawaii at Moloka‘i, could be best understood by dividing respondents into two groups, carefully named to avoid suggesting that the positions of either should inform future policy – Upholders of All That is Good, Decent and True (UOATIGDATs) and Foul Creatures of the Infernal Legions Beneath (FCOTILBs).

UOATIGDATs tended to think of the children more regularly, more seriously, and more responsibly than FCOTILBs. However, they were less likely to harbour wicked thoughts, contrive evil schemes or conspire to undermine family values than FCOTILBs.

Part of a broader Bloomberg-funded attitudinal survey which also sought to establish whether respondents were gonna change their way of thinking, whether they believed in a thing called love, and how frequently Georgia was on their mind, the research was – the authors acknowledge – subject to certain limitations.

In particular, they said, interview responses from participants in the UOATIGDAT group were sometimes drowned out by the hymning of choirs celestial, while others in the FCOTILB group were frequently distracted from full participation in the research questionnaire by twirling their moustachios, or by the presence in their workplaces of bubbling flasks of lurid-coloured liquid labelled “secret addictiveness fluid” in Gothic lettering.

The authors, however, told TobaccoIntelligence that these factors were unlikely to materially alter their conclusions. They also cited a separate research paper (Abril et el, 2021) which found that 98% of Minnesota high-schoolers caught with a flavoured Juul product in their backpacks were aware of the existence of flavoured Juul products – “a grim warning”, they said, “of the scourge of nicotine”.