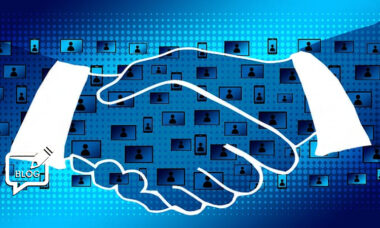 A global consensus between industry, scientists and regulators around the role of tobacco alternatives in smoking cessation could be achieved in the long term, but experts believe more cooperation and work towards accurate information are the main challenges.

Professor Riccardo Polosa of the University of Catania in Italy believes that it is “utopian” to think of reaching unanimous agreement but that it is not impossible.

“We must no longer think of an unreachable goal: we must begin to evaluate the hypothesis that it is a matter of accepting a fact and letting smokers choose, and not politicians for them,” he said.

Polosa, founder of the university’s Centre of Excellence for the Acceleration of Harm Reduction (CoEHAR), highlighted that the final goal is smoking cessation, but in the meantime an expert consensus might help increase the chances and life prospects of smokers.

Chris Snowdon of the Institute of Economic Affairs (IEA) is pessimistic, however, about the prospects of such a consensus. “Some countries still ban tobacco alternatives entirely and the WHO (World Health Organization) is seen as the biggest obstacle to a science-led approach on tobacco harm reduction,” he said.

Misinformation based on mere opinion

Now that some countries are working towards a smoke-free future, cutting smoking is a key goal of public health policies. In the UK, a group of MPs recently warned that there “is still a long way to go” in reducing the present 13.9% smoking prevalence among adults in England to the 5% “smoke-free” goal by 2030 set by the government.

A recent survey commissioned Philip Morris International (PMI) and carried out among 30,000 adults in 26 countries found that nearly 80% of respondents believed adult smokers who want to quit the habit should have access to accurate information about smoke-free alternatives.

Grégoire Verdeaux, the company’s senior vice president of external affairs, said: “People expect public health bodies and regulators to reach a scientific consensus around smoke-free alternatives. Misinformation about smoke-free alternatives – often based on opinion – is a persistent issue that is having real-world consequences.”

Similarly, Polosa points to a lot of confusion around reduced-risk products, mainly due to the poor quality of some scientific studies. He believes this is aggravated “by the dissemination of biased information by control bodies pushing to divert international public opinion”.

Snowdon called on governments and industry to take action to debunk “false claims”. “The general public has become misinformed primarily because of scaremongering research produced by biased academics, irresponsibly reported by the media,” he added.

What This Means: A common and unified approach towards tobacco-alternative products by all stakeholders is seen by experts as the only way towards a viable future for these products.

Although some countries are already on the way to establishing a more open approach towards smoke-free alternatives, there are still many that do not see these products as a real alternative for smokers who want to quit.