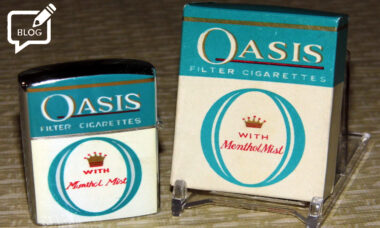 The US Food and Drug Administration (FDA) has taken only the first concrete steps toward ending menthol flavours in combustibles, but already there is ample speculation both on how it might all go horribly wrong, and on how it might be the country’s biggest tobacco control triumph in years. Less commented on has been what it might mean for novel nicotine products, which wouldn’t be entirely covered by the ban.

Certainly, the long-mooted proposal to prohibit menthol – now the subject of a comment period that extends to 5th July (along with a ban on all non-tobacco flavours in cigars, which has excited much less interest) – is the most dramatic step the FDA has taken since the 2009 Tobacco Control Act (TCA) made menthol the one exemption from a general flavour prohibition.

Even the deeming rule that brought vapour and other novel nicotine products into the agency’s remit, enormously impactful as it has been for this sector, pales in significance alongside the potential removal from the market of menthol combustibles, which account for around a third of US cigarette sales. Indeed, given that the TCA prohibits the FDA from banning cigarettes entirely, eliminating menthol would probably leave mandatory lowering of nicotine levels as the last big unused weapon in the FDA’s arsenal.

Of course, a menthol ban hasn’t actually happened yet, and given the stakes it is very unlikely to be unchallenged by the tobacco industry. The issue is further complicated by the association of menthol with black communities; though nobody is entirely clear exactly how it started, menthol has been disproportionately marketed to black consumers for many years, and black consumers disproportionately use it.

A ban can be seen as aiding black communities (by removing a significant health threat) or as penalising them (by removing a product they consume especially heavily); either way, particularly in the current climate, there is ample scope for the FDA’s proposal to become mired in racial politics. Indeed, the FDA is so aware of this that it goes to great pains in its announcement to stress that it will be targeting only the supply chain and retail – not individual smokers – and to dissociate itself from any more aggressive action that state or local governments might take.

Leaving that issue aside, there is plenty of precedent for banning menthol (the EU and Canada have done so, for example) and plenty of support from public health: for example, a modelling study by David Levy of Georgetown University and colleagues recently published in the BMJ journal Tobacco Control is unequivocal in forecasting significant reductions in mortality.

A little lost in the big picture, however, are the implications of the FDA’s menthol plan for novel nicotine products such as e-cigarettes and heated tobacco, not all of which would be included in the ban, at least as it stands.

So far, in its glacially slow determination of premarket tobacco product applications (PMTA) for e-cigarettes, the FDA has only granted marketing authorisations to tobacco flavours. It seems clear by now that the more outré flavours, the mythical Unicorn Candyfloss and suchlike, will not survive the process: but the fate of menthol e-cigs remains open to question, and the FDA’s decision to finally act on menthol combustibles could be read either way.

Implications of the Iqos decision

On the one hand, the purported disadvantages of menthol in combustibles – that it makes smoking a smoother experience and heightens the effects of nicotine, in both ways encouraging uptake of the habit – should apply equally to novel nicotine products, and lead to the rejection of PMTAs for menthol flavours.

On the other hand, and perhaps awkwardly for the FDA, not very long ago it gave the thumbs-up to two menthol versions of the Iqos HeatStick consumables from Philip Morris International (PMI) – not only allowing them to be sold, but granting them the vanishingly rare right to be marketed as modified risk products. This, of course, at a time when the FDA was clearly aware of its own objections to menthol combustibles.

Perhaps it was an oversight, perhaps it was simply a case of different parts of a large organisation not operating in lockstep. But perhaps when the Iqos modified-risk orders were granted, the combustible menthol ban was already anticipated, and the FDA was implicitly helping Iqos position itself as an off-ramp for millions of soon-to-be-forlorn menthol smokers?

In which case, could PMTA success for menthol e-cigarettes be next? And if not, what would that say about the FDA’s view on the relative risks of e-cigs and heated tobacco?