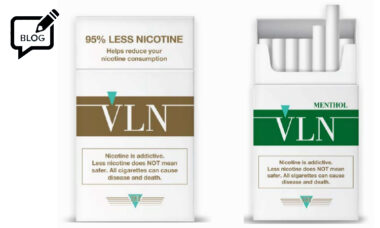 22nd Century Group didn’t need chemical stimulants to turn its dream of mass-market very-low-nicotine cigarettes (VLNCs) into a reality; the first cartons emerged from the production line little more than a month after the US Food and Drug Administration (FDA) had granted a modified-risk order for them.

It is easy to be sceptical about VLNCs, for the simple reason that they appear to have very few benefits to the consumer. They still involve tobacco combustion (using a form of the plant with dramatically lowered nicotine levels), so they involve most of the risks of inhaling smoke as well as the perhaps more minor, but genuine, issues of odour and dirt.

They also, of course, don’t offer any appreciable level of nicotine intake, and even if the ritual of smoking is often as important as the substance, it’s undeniable that maintaining nicotine levels is a principal reason for smoking.

At the same time, from a public health point of view, endorsing VLNCs can seem to be endorsing tobacco products as a way out of tobacco usage (how does that work, exactly?) and, unlike vapour, they don’t send a clear visual signal that the user has moved to a less risky alternative.

It’s unsurprising, then, that anti-tobacco activists and the proponents of harm reduction are, for once, united in their dislike of the idea.

The demonisation of nicotine

As the British gadfly Christopher Snowdon rather wonderfully put it, hoping to stop people smoking with VLNCs “looks a lot like an effort to end gun violence by marketing versions that cannot fire bullets”. It might work on some literal level, but it also misses several of the points.

Still, VLNCs are very much worth watching in the market. Even if it’s difficult to believe that they’ll take off on a large scale, anything more positive than an overwhelming rejection by consumers could well encourage the FDA to think more closely about mandatorily reducing nicotine levels.

And, given the largely unfounded but now very entrenched demonisation of nicotine the substance (rather than combustion the process) in the US, it’s quite plausible that a mandatory reduction would also apply to vapour, heated tobacco, and other methods of nicotine delivery.

Much may depend on the new director of the FDA’s Center for Tobacco Products when an appointment is made later this year, but recent history at least suggests that the agency has nicotine, as well as smoking, in its sights.

As we recently reported, manufacturers hoping to sidestep regulation by synthesising nicotine (so that it’s not legally a tobacco product) may not evade attention for long.

Similarly, if the FDA takes any encouragement from the outcome of the VLNC experiment, it may well decide that nicotine above a certain level, in any form, via any delivery method, is the next target for a crackdown.