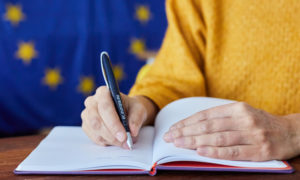 Tax officials in Brussels are agreed that the harmonising of excise duties on tobacco alternatives is urgent after calls from EU member states and the sector to put an end to the different national tax regimes in Europe for the category.

A final decision on the matter is not expected until early 2022.

The European Commission concluded in 2018 that there was a“lack of data necessary to underpin a proposal for harmonized taxation” of tobacco-alternative products. However, the rapid evolution of the market and the different national approaches to taxing new products have prompted a changed approach.

TobaccoIntelligence has learned that the Commission believes the current Directive 2011/64/EU on the structure and rates of excise duties applied to manufactured tobacco presents “problems” that need to be fixed “quickly”, including how the new rules will govern tobacco-alternative products.

The future of minimum rates and the structure of the tobacco tax itself have also become hot topics of discussion between the Directorate-General for Taxation and Customs Union (DG TAXUD) and member states in recent months.

The EU authorities are also looking very closely at the use of “recreational marijuana” not only in traditional tobacco but in other products such as e-cigarettes and heated tobacco.

Although the directive review seems a top priority for the executive branch of the EU, sources close to the process admit that a final proposal will be put back to the beginning of 2022 due to delays in the internal procedure.

The Commission’s road map originally established that a decision on the future of tobacco taxes had to be presented by the end of 2021.

What This Means: It is still unknown what the European Commission’s final proposal will be, but some officials within the Brussels bubble admit that e-cigarettes and heated tobacco have a role to play as alternatives to traditional cigarettes.

Without doubt the future tax treatment of tobacco alternatives at EU level is the topic that is capturing most attention. The public consultation launched by the Commission at the end of March has already received more than 1,000 submissions, most with proposals and concerns about how tobacco-alternative products should be taxed in the upcoming revision of the directive.