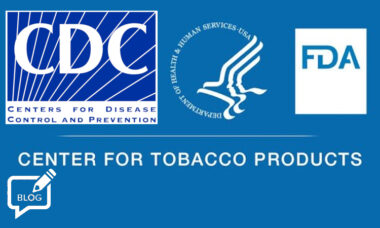 Toward the end of last week, Michele Mital was – as we’d predicted – named as acting replacement for Mitch Zeller at the head of the US Food and Drug Administration (FDA)’s Center for Tobacco Products (CTP). The temporary role gives Mital, currently the CTP’s deputy director, an even stronger chance at the permanent job leading the division responsible for regulating all tobacco products.

For the industry, this is not bad news, even if it’s not quite good news: for where US federal regulation is concerned (and indeed regulation at lower levels of government), in the current anti-nicotine climate any dramatic change is most probably going to be a change for the worse. It is not realistic to expect a passionate advocate of harm reduction and laissez-faire to fill Zeller’s shoes.

So Mital, who one can presume has bought in already to the broad thrust of FDA policy on novel tobacco products if not to every detail, is unlikely to take the agency’s attitudes in a significantly negative direction. Much more plausibly, her priority where novel products are concerned will be to sort out the embarrassing backlog of premarket tobacco product applications (PMTAs).

However, there just may be the prospect of bigger change at the Centers for Disease Control and Prevention (CDC), another federal body.

Unlike the FDA, the CDC does not regulate tobacco products. But its pronouncements and its research have been highly significant in forming the perception of a nation’s youth in the grip of helpless addiction – one that is not completely unfounded but is certainly exaggerated, and tends to ignore the decline in under-age smoking which has continued throughout the rise of vaping. Most important in this, perhaps, has been the CDC’s recently updated National Youth Tobacco Survey (NYTS), but other publications like its Mortality and Morbidity Weekly Reports and Scientific Evidence Briefs also play a part in establishing the received wisdom.

The CDC, though, has come under considerable fire for its handling of Covid-19, where critics say it often could have acted quicker and acted better. And as a result its director, Rochelle Walensky, has commissioned a substantial review of its practices, which could lead to the CDC being given more independence, and, importantly, feeling less obliged to act with excessive caution or to dance too slavishly to the tune of political masters.

Tobacco and smoking are surely not going to be major issues for this review, if they come into it at all, but institutional changes at the CDC might well mean a shift in its approach to the nicotine sector anyway – not by specifically modifying current positions, but simply by facilitating the expression of more objective, genuinely science-led, less politically driven ones. After all, while the CDC undoubtedly influences the policymaking conversation about nicotine, it’s difficult to escape the impression that the conversation also influences the CDC.

In this, the organisation’s difficulties seem emblematic of broader issues with some federal bodies, recently highlighted in a New York Times interview with Michael Lewis, author of the bestselling The Big Short (a book about the housing bubble which became the basis of a terrific 2015 movie). Last year Lewis turned to the pandemic with another book, The Premonition, and in writing it discovered much about the nature of federal institutions – especially, of course, those involved with health.

The problem, he says, is at the top: “Whatever stereotype you have in your head of a federal worker, it’s probably wrong because they’re very mission-driven, [with a] deep understanding of complex things, [but] very bad at promoting themselves.”

However, he adds that “lots of jobs that used to be career civil service jobs [have become] presidential appointee jobs”. Lewis goes on to say: “When that happens, what happens? The person who’s in the job is, one, picked from the pool of people who, you know, are probably from the political party of the president, rather than from the pool of people who are just qualified for the job. Two, [they] can be fired with a phone call, so [are] looking over their shoulder at the White House all the time and can’t act independently.

“But three, the average presidential appointee for these top jobs in these government agencies, 18 months. They’re in there 18 months. They have an agency with tens of thousands of people that’s got an incredibly complicated brief.”

This description doesn’t, of course, fit Mital at the CTP, or for that matter her predecessor Zeller: both are classic civil service insiders. But in the case of the CDC, says Lewis, “the institution itself had lost the ability to fight back” against Washington.

Perhaps if the forthcoming review enables it to be more confident in doing so, and puts more power back with the civil servants who really know their stuff, that will also be good news for harm reduction in the nicotine sector.