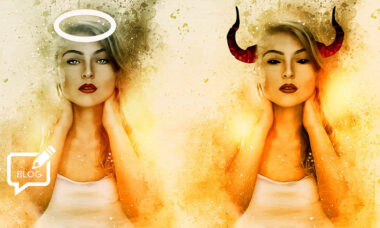 It’s long been an orthodoxy of government policymaking everywhere that taxation has two primary purposes – raising money, and changing people’s behaviour, generally by making them stop doing something, or making them do it less. The “sin tax” – pricing the common folk out of some habit or other – is often thought to be a kinder, more adaptable way of modifying patterns of consumption than simply banning things.

In practice, though (quite aside from the fact that it lets the well-off off the hook while disproportionately affecting those of lesser means), punitive or would-be persuasive taxation has many of the same drawbacks as prohibition.

Put simply, both send habituated users to the black market, with all the dangers that entails. And there are people who argue, with some evidence, that high taxes or prohibition can actually increase rather than decrease use of the very thing they aim to reduce.

Those are staple arguments for proponents of almost anything enthusiastic regulators want to clamp down on, such as tobacco alternatives or e-cigarettes. Or for liberal or rightward-leaning commentators, those who are habitually or doctrinally opposed to Big Government (and big tax).

People, for example, like Bienvenido Oplas, founder and president of Minimal Government Thinkers, a free market think tank based in the Philippines.

Hitting one goal means missing the other

His latest column in the Filipino newspaper BusinessWorld, written under the heading “My Cup of Liberty” (funny how liberty, like democracy, is flown as a flag of honour by those on the right, left and centre), addresses the question: “Have the Philippines’ Sin Tax laws delivered the expected revenues?” To which, he says: “The quick answer is ‘Yes’.”

The money’s coming in. But that in itself demonstrates that the second objective – stopping people doing or buying bad things – may not be being achieved.

The list of “bad things” subject to sin taxes is interesting in itself. In order of tax revenue, they are: tobacco, alcohol, sugar-sweetened drinks, petrol and mining. That was up to 2020. At that point two more categories were added: heated tobacco products and vapour products.

Estimates from the Philippines departments of health and finance put this year’s expected tax income from vaping at PHP3.8bn ($74m) and from heated tobacco at PHP200m ($3.9m).

To put those figures into perspective, overall tobacco taxation brought PHP172.3bn ($3.36bn) into the national coffers last year. And that was up PHP24.7bn ($481m) on 2019, despite the pandemic, which the ministries blamed for vaping and heat-not-burn (HnB) incomes falling short of expectations.

Oplas has another interpretation of that shortfall. It’s that old staple argument again. He reckons the number of vapers is still growing, and their habit just as strong, but that the tax – rather than making them quit – has simply driven them to the black market, to less safe unregulated products. Or, as he puts it, referring to traditional tobacco: “Higher tax rates lead to higher smuggling, cheaper illegal tobacco, and to more smoking, not less.”

Turning to the Vaporised Nicotine and Non-Nicotine Products Regulation Act, approved three weeks ago by Congress, he says its primary goal was “to encourage smokers to shift from using unhealthier cigarettes to alternative less harmful products like VNP [vaporised nicotine products], if they cannot stop smoking”. He quotes Senate president Ralph Recto: “VNPs are not safe and not risk-free. [But] for many who have been trying, VNPs have been a good alternative to kick the (smoking) habit.”

However, Oplas sees danger in the bill, with its “many prohibitions” – no sales to under-18s, no online sales, no celebrity endorsements or corporate sponsorships, distribution and usage restrictions. To him it’s a “slippery slope” towards possible stricter legislation.

But what really gets his goat is the “demonizing” of tobacco alternatives, while beer and wine are considered (he says) harm reduction substitutes for spirits, and Diet Coke for the sugar-heavy original variety. “Government concern for public health,” he says, “is inconsistent.”

Which sounds like a fair enough point until he stretches it by suggesting that if reduced-risk tobacco-related products are taxed heavily, the same should apply to “risky sports like rock climbing and downhill cycling”. Now, what’s the reduced-risk version of mountain-biking?