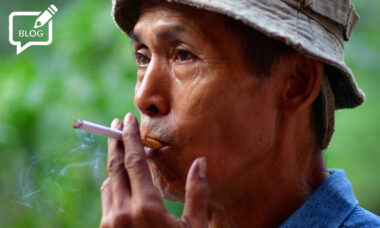 Could heated tobacco, pouches and other harm reduction products have a role to play in the low- and middle-income countries (LMICs) where around 80% of the world’s tobacco users live, and where combustible (and oral) products can contribute to poverty as well as having direct health impacts?

Broadening the appeal of tobacco harm reduction (THR) products in these countries can seem to be an uphill struggle, with cultural and economic considerations significant alongside regulatory ones (sometimes very stringent, sometimes very loose).

Now, a new report from Cambridge Design Partnership – the company which developed the Voke nicotine inhaler with Kind Consumer some years back – looks at some of these obstacles.

Based on quantitative and qualitative research in China, India, Indonesia and Russia, with the UK as a control representing higher-income countries, it focuses on electronic nicotine delivery systems (ENDS) such as e-cigarettes and heated tobacco. But most of it could equally well apply to other forms of THR such as pouches, gums and sprays.

The report identifies six steps that need to be taken – or, more accurately, challenges that need to be overcome – before a tobacco user in an LMIC can be expected even to try switching, let alone to stay switched.

Here, “the element of denial is strong”. Around three quarters of people in China, India and Indonesia see no health benefits in giving up, while in India and Indonesia a majority actually believe cessation can be harmful. Myths and anecdotes prevail.

“Critical to smokers’ adoption of ENDS as a replacement for cigarettes, on the basis of reduced risk, is the understanding that nicotine is not the greatest harm risk factor,” the researchers say – something that is of course a currently significant issue in more developed nations too.

And here the survey results show there is a long way to go. For example, “the majority of smokers surveyed in China and Indonesia (57% and 64%, respectively) selected nicotine as being most harmful. This compared to approximately 15% (China) and 3% (Indonesia) selecting tar.”

3 Have a desire to change smoking habits

As elsewhere, a majority of smokers want to quit. But “countering allegiance to current products and behaviors is challenging”, with cultural conventions (such as the Chinese habit of presenting cigarettes as gifts) and advertising both working against change.

“Advertising campaigns in Indonesia at the time of fieldwork ran with straplines such as ‘NEVER QUIT’ set against a backdrop of high-octane sporting and action endeavor,” the report notes.

4 Be aware of ENDS

Once all these issues have been overcome, smokers of course still have to take an active step to switch to ENDS.

Awareness of the products is the first, obvious prerequisite and here the countries examined differed significantly: in Russia and China about 85% of tobacco users were aware of the products, but just 27% in Indonesia and 12% in India.

Advertising may be part of the reason, but it seems unlikely to be the whole one; visibility at retail could also be important, for example, as indeed could visibility of other users.

This is, in effect, the continuation of points 1 and 2. Even where ENDS are familiar, they’re not necessarily seen as safer.

“There is good evidence to suggest that significant proportions of smokers in LMIC markets believe that ENDS are more harmful than cigarettes”, the researchers say – a misapprehension that has shown occasional signs of cropping up in North America and Europe too.

They suggest that the dogmatically anti-ENDS position of the World Health Organization (WHO) may contribute, and that body does tend to have a particularly strong impact in LMICs.

Even if a consumer has got this far in their journey toward ENDS, availability in stores (or through health services, though that seems unlikely) is clearly a sine qua non of actually taking up a THR product, and ENDS tend to be much less easily available than combustible products.

Price also “currently represents a significant barrier to many potential consumers in LMICs”.

The Cambridge Design Partnership report is well worth reading – and not only for those with a special interest in the LMIC nations. Much of what it has to say about the consumer journey, and the questions arising from it, also applies to other markets.

Funded by the Foundation for a Smoke Free World, the report, entitled “Impediments to Tobacco Harm Reduction in LMICs: The ENDS Adoption Journey”, has been released in connection with the ENDS Europe event, running 24th-25th May.