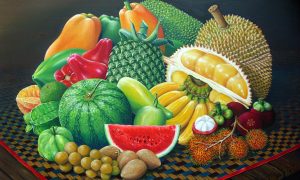 Flavours in heated tobacco products will be banned throughout the EU after a Delegated Directive was published in the Official Journal today.

The publication of Commission Delegated Directive (EU) 2022/2100 follows the end of the scrutiny period on 29th October, during which neither the Council of the European Union nor the European Parliament raised any objection to the ban.

The ban, which covers all flavours other than tobacco, is now definitive after a lengthy process – it’s been 11 months since the issue was first brought up in the Expert Group on Tobacco Policy.

The directive also removes member states’ right to grant heated tobacco products an exemption from the requirement to carry a health warning as smoking products.

The directive will officially come into force on 23rd November; EU member states will then have until 23rd July 2023 to transpose it into their national legal frameworks.

The flavour ban itself will be applicable from 23rd October 2023 – though as occurred with the Tobacco Products Directive (TPD), some member states may not transpose the Delegated Act in time.

Was the EC acting within its rights?

The flavour ban has not been arrived at without some controversy, however.

Concerns over whether the European Commission was overstepping its delegated powers by introducing a new legal category – of heated tobacco products – were initially brought up in February during a meeting of the Expert Group on Tobacco Policy.

Some member states raised concerns over whether the Commission was empowered to introduce a definition of a new category of tobacco products in a Delegated Act.

More recently, Bulgaria, Cyprus, Greece and Italy issued a joint statement on the matter, saying the introduction of a definition of heated tobacco products “goes beyond the delegated power under Directive 2014/40/EU and involves essential elements reserved for the European legislators and, as such, should be submitted to the ordinary legislative review process”.