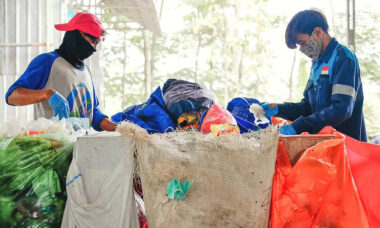 Tobacco corporations seem to be accelerating their commitment towards more sustainable businesses, investing in projects to reduce environmental harm caused by tobacco-alternative devices and setting targets to become greener in the coming years.

Researcher Daniel Pryor of UK think tank the Adam Smith Institute believes the key players in the industry are moving ahead, taking essential steps “to make their businesses more environmentally friendly” and focusing on reducing their environmental footprint.

Plastic waste is becoming a key issue for the industry. For instance, Philip Morris International (PMI) put in place a while ago a take-back service for heated tobacco devices in different markets where they are present. In 2020 they processed over 191 tonnes of used devices, according to company figures.

PMI has recently opened a new recycling hub in Hungary serving Europe, the Middle East and Africa with capacity to handle up to 150,000 heated tobacco devices a month, inspecting, processing and separating material.

The Big Tobacco company aims to reduce the carbon footprint of its smoke-free products by 2025 and produce 100% of its packaging from recyclable materials.

British American Tobacco (BAT) also plans to reduce the volume of waste sent to landfill by 40% and eliminate all “unnecessary” single-use plastics in its packaging by 2025.

According to Pryor, these developments go “hand-in-hand” with the existing EU Waste Electrical and Electronic Equipment (WEEE) Directive, which places a responsibility on device manufacturers to reduce the number of their products that are sent to landfill.

Deborah Robson, a researcher into tobacco addiction at King’s College London, believes that tobacco firms cannot suddenly become environmentally friendly companies as they “remain one of the biggest global producers of single-use plastics”.

Robson told TobaccoIntelligence that the safe disposal of heated tobacco waste products was the responsibility of those selling and using the products.

She also called for better awareness of the environmental impact of single-use plastics in cigarette filters and disposable plastic parts and of sustainable solutions to reduce the impact on the environment.

James Dunworth, chairman of the online retailer E-cigarette Direct, told TobaccoIntelligence that from an environmental perspective, both combustible and non-combustible tobacco products cause harm – the latter through both increased plastic waste and the sourcing and disposing of lithium-ion batteries.

In a riposte to industry arguments on heated tobacco products, the Campaign for Tobacco-Free Kids has said that presenting the devices as more environmentally friendly was a strategy of “greenwashing”, deliberately conveying a false impression.

What This Means: The goal of sustainability seems to be a new approach for some tobacco manufacturers, but there is still a long way to go.

The recent implementation of the EU Single-Use Plastics Directive (SUP) to reduce the environmental impact of certain plastics, including those in heated tobacco filters, could be an important step to create awareness among the industry on this sensitive and important topic.