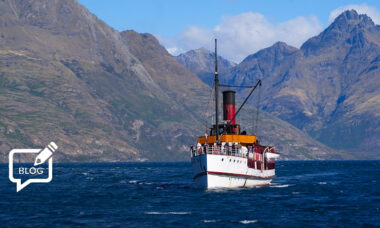 The magazine Vanity Fair, in an interesting article on the history and possible future of vaping, casts fresh light on the global decline in smoking: “Today the habit doesn’t only stain teeth, wrinkle lips, and age the face; now you look older just because you do it.”

No wonder upcoming generations, for whom smoking is uncool as well as dangerous, have become the key battleground between tobacco companies and legislators. And New Zealand’s progressive government has come up with a plan to complete the process of consigning smoking to history – a plan whose success or failure is sure to be watched very closely by other nations.

Rather than set a firm age limit, they have designated a cohort of young people – those who will be 14 or younger when the law comes into effect – who will never be old enough to smoke as the limit grows up with them.Marion Kirby

Importantly, the law, which is expected to be put before Parliament in 2022, would not incriminate the user but put the onus on retailers, by making it illegal to provide tobacco to anyone born after 2008. At the same time, it will reduce the allowable level of nicotine in cigarettes, in the hope that will make it easier for existing smokers to quit.

This could be particularly significant for the country’s Māori and Pacific Islander communities, among whom the smoking rate, as reported in 2018, was considerably higher (29% and 18%) than in the general adult population (11.6%). The government has been particularly keen from the start to involve those communities in its discussions and planning.

More crucially for the vaping industry, the law avoids the trap so many lawmakers and regulators elsewhere fall into – notably in the US – by making a clear and vital distinction between combustible tobacco products and e-cigarettes.

As associate health minister Ayesha Verrall put it: “Ultimately, tobacco is one of the deadliest substances that people can take. Vapes do not have the harms associated with them, and that’s why we’re taking a risk-proportionate approach to these choices.”

While, by its own admission, the New Zealand government is risking encouraging a tobacco black market, its commitment to a genuinely science-based, risk-proportionate approach to regulation – in such contrast to the hard-line medicalised approach of its neighbour Australia – should be broadly welcomed by all who believe in the value of vaping as a risk-reduction tool.

‘A problem of vaping’

Not everyone in New Zealand is happy, however.

The inevitable complaint was expressed by Letitia Harding, chief executive of the Asthma and Respiratory Foundation (ARFNZ), who said: “It’s fantastic having a generation that is smoke free but there is some concern around the messaging of using vaping to quit smoking, and that vaping is less harmful or without harm.”

There appears to have been a marked rise in vaping among New Zealand teenagers, with a recent ARFNZ survey of 19,000 secondary school students finding more than one in four vaped regularly, while about 15% said they were smokers. “We absolutely have a problem of vaping and in 15 years we’ll be trying to get these youth out of vapes,” Harding said.

It remains a moot point what the relationship really is between the fall in smoking and the rise in vaping – whether there is any causal relationship, and if so which is cause and which effect. It’s almost certainly more complicated than that.

Collin Tukuitonga, professor in health and medicine at the University of Auckland, said: “It’s inevitable that people pick up vaping because access to tobacco is becoming really difficult.” As if he thought difficulty in obtaining tobacco was a bad thing. He concludes: “So there needs to be a planned and considered social media campaign on dangers of vaping.”

First, perhaps, find exactly what those dangers are or may be. And how they compare with the known dangers of smoking.