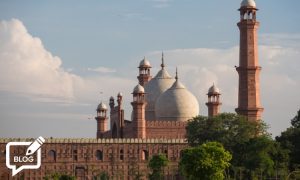 Pakistan’s prime minister Imran Khan cancelled a few days ago the country’s attendance at an event sponsored by Philip Morris Japan, after health advocates protested violation of the World Health Organization’s Framework Convention on Tobacco Control (WHO FCTC) and amid political tensions on the future of tobacco and smoke-free product regulation.

The online webinar – which takes place next week – is about Asia’s role in global recovery in the post-Covid era, and will involve heads of cabinet from Sri Lanka, Vietnam, Malaysia and Nepal, among other countries.

But a former head of Pakistan’s Tobacco Control Cell, Ziauddin Islam, told local newspaper Dawn that one of the reasons PM Khan will not attend is that the CEO of PMI would share the stage with him.

“We need to understand that tobacco industry always tries to improve its image by holding corporate social responsibility activities and serving people. Moreover, they also do effort to enter in the power corridors to create personal linkages and networking to influence the policies,” he said.

Advisors therefore consider that Khan’s attendance would go against article 5.3 of the WHO FCTC, which the country ratified in 2004.

The FCTC article requires that “in setting and implementing their public health policies with respect to tobacco control, Parties shall act to protect these policies from commercial and other vested interests of the tobacco industry in accordance with national law”.

But the question is: does this rule apply to an event that is unrelated to public health and tobacco control? The rest of the countries represented at the event also ratified the WHO FCTC years ago, but seemingly do not see the webinar as interference in their public health policies.

The reality is that Pakistan is experiencing political tensions over the future of tobacco products, with some organisations urging the government to tighten regulations.

The Pakistan National Heart Association (PANAH) recently said that all tobacco products are “injurious to human health” and called for an immediate ban of nicotine pouches.

According to the association, products such as the British American Tobacco (BAT) Velo are widely advertised in social media – something not allowed under article 7 of the Prohibition of Smoking Ordinance – and are easy to find in shops and markets, as well as online.

TobaccoIntelligence understands that anti-tobacco associations are currently in conversations with government officials in Islamabad to try to ban these products as soon as possible.

Tobacco control groups are also calling for an extension of the Federal Excise Duty (FED) on tobacco products beyond cigarettes, to include tobacco alternatives.

A health levy on all tobacco products was proposed by the Ministry of National Health Services, Regulation and Coordination to the federal cabinet in 2018 after current PM Khan took office, but it has been on stand-by for two years.

Khan (who established the country’s first and only cancer hospital) directed relevant departments to work on this proposal, and the cabinet included the health levy in the Finance Bill 2019-20, but the proposal was finally omitted on the grounds that the levy was a provincial matter.

As observed in one of our recent regulatory reports on the country, Pakistan still has a long way to go in the process of regulating alternative tobacco products. And because of this position of vulnerability, health advisors decided not to involve the country’s PM in events where tobacco companies are present, even if – as in this case – a tobacco giant is merely a sponsor.