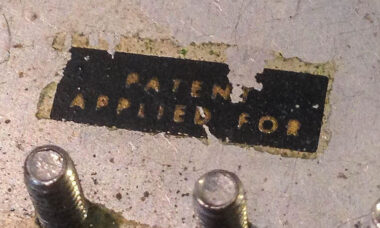 Patents for tobacco alternatives have been booming in recent times as tobacco companies position themselves as contributors to a smoke-free world, with a 4% year-on-year increase in patents related to heated tobacco devices and 1% in those related to smokeless products.

A total of 73,758 tobacco harm reduction patents were filed between 2010 and 2020, according to research commissioned by the Foundation for a Smoke-Free World (FSFW) and carried out by UK-based intellectual property consultancy OxFirst.

The patents related to vaping products had a yearly increase of 9.1%, while those for heated tobacco technologies increased by 4.1% while there was just a 1.1% increase in patents for smokeless products.

Researcher Roya Ghafele said that compared to the number of patents that have been generated in the information and communication technology space these figures are “total peanuts”. “However, compared to the number of patents that the tobacco industry held or created before, this is tremendous. It is an interesting insight because it really shows you that the industry is innovating. They were given the choice to perish or innovate – they chose to innovate,” she said.

Where the applications come from

China accounts for nearly 27% of all patent publications, followed by the US at 24%, according to Ghafele.

Experts are divided over whether this positive trend will continue or whether it will fall away in coming years.

Riccardo Polosa of the University of Catania expects the rush to file patents to continue because “entrepreneurs are working hard and creatively to offer new alternatives to tobacco”. He concluded: “The trend will grow as this is the very essence of innovation. After decades of stagnation with products like cigarettes and chewable tobacco, it is refreshing to see an acceleration that will sooner or later make harmful products obsolete.”

However, Louise Ross, interim chair of the UK-based New Nicotine Alliance, told TobaccoIntelligence: “Hostility towards vaping and political pressure will have a negative impact on patents for tobacco alternatives. If I was a manufacturer, I’d be very risk-averse right now.”

What This Means: The 112-page OxFirst report suggests new technologies that deliver nicotine without combustion hold “the best hope” for smokers to quit. Over recent years, relevant patent applications have increased by 4% a year, but it is yet to be seen how this will evolve further