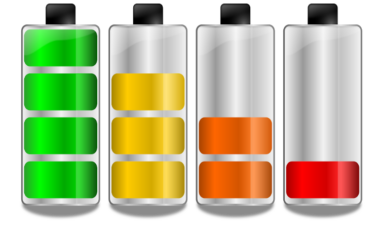 Heat-not-burn (HnB) hardware could be in for a big shake-up in the EU over the next few years, with the environmental impact of batteries squarely in the firing line. A report due by 2027 would assess an initiative to phase out the use of non-rechargeable batteries where alternatives exist.

More pressingly, debate is ongoing over a new piece of legislation regulating the life cycle of batteries that would have a massive impact on recycling and a consequent cost impact on manufacturers of products that use those batteries.

​In March, members of the European Parliament (MEPs) voted for draft legislation that would regulate the entire battery product life cycle, from design to disposal, setting sustainability requirements. They said such legislation would be crucial in regulating the role of batteries in the transition to a “circular” (recyclable) and climate-neutral economy, as well as for the EU’s general competitiveness and strategic autonomy.

This initiative is closely linked to the European Green Deal, the Circular Economy Action Plan and the New Industrial Strategy. It originates from a Commission proposal made in December 2020 that aimed to strengthen the functioning of the internal market by promoting a circular economy as well as reducing environmental and social impact of all stages of a battery’s life.

“It is necessary to set out rules on sustainability parameters, performance, safety, collection, recycling and second life of batteries as well as on information about batteries for consumers and economic operators,” the first amendment adopted by MEPs says. “It is necessary to create a harmonised regulatory framework for dealing with the entire life cycle of batteries that are placed on the market in the Union.”

The proposed regulation would affect a wide range of battery types, from industrial batteries and batteries for electric scooters and bikes, to the “portable batteries” found in products such as smartphones, e-cigarettes – and tobacco-heating devices.

This has caught manufacturers by surprise. “We weren’t aware of this MEPs decision. It’s kind of a shame, as a manufacturer,” said a spokesperson for the e-cigarette hardware manufacturing company JustFog.

“Our R&D arm has been communicating with its suppliers and partners about this topic but not many of them are aware of this regulation either. Until now, it seems they didn’t take it very seriously. Though when it comes to manufacturing, they don’t see huge technical difficulties in complying.”

This surprise and lack of awareness among manufacturers and suppliers may be because there is still debate over what devices proposed rules regarding portable batteries would apply to.

Batteries should be safely removable and replaceable

“In the Commission proposal, for a lot of these requirements there’s a threshold that says only batteries of 2 kWh or more should be subject to this,” said Axel Hellman, political adviser to MEP Jessica Polfjärd of Sweden’s Moderate Party, with a focus on the European Green Deal agenda, and policy fellow at the European Leadership Network.

“In Parliament we deleted that threshold,​ so more batteries would be now included in the regulation. But the Council still wants to separate these two types of batteries to not include all batteries. From Parliament’s side, we want to take it to more batteries – including those in vaping devices – to be more ambitious, have more restrictions and requirements. Now we are negotiating to find a compromise for this legislation to become law.”

European Parliament officials have told TobaccoIntelligence that negotiations are still ongoing and will probably be finalised by the end of the year.

One of the toughest requirements manufacturers would have to comply with states that by 2024 portable-type batteries should be so designed that consumers and independent operators can easily and safely remove them themselves, without causing damage to either the appliance or the battery. This should apply to all types of batteries placed on the market or put into service within the EU, whether produced in Europe or imported.

Used batteries should then be replaceable to prolong the expected lifetime of the appliances they power.

‘Nothing good’ for manufacturers

As a guide, the typical life span of a vaping device battery would be around two years, which is much shorter than the potential life span of the device itself, according to JustFog.

Portable batteries should be available as spare parts for a minimum of ten years after the last unit of the model is placed on the market. MEPs stress that this should be at a reasonable and non-discriminatory price for independent operators and end-users.

The regulations would also make it necessary to ensure that portable batteries are subject to proper separate collection, treatment and high-quality recycling once they have become waste.

Battery producers would be responsible for financing and organising the separate collection of waste batteries. They should do so by establishing a take-back and collection network that covers the whole territory of the EU member state in which they operate. In order to maximise collection and reduce safety risks, an EU-wide deposit and return system for portable batteries might emerge.

Overall the proposal has not gone down well with hardware manufacturers. “In terms of sales, this change is nothing good,” JustFog told TobaccoIntelligence. “If the users just change the battery and prolong the device use, as a device manufacturer, we will face loss of sales. But at the same time, we also doubt if this is what the customer wants. In the end, all of these changes will have a cost, so it can lead to rising prices.”

Further requirements would include a label containing information on the expected minimum average life of a battery when used in specific applications as well as its expected overall lifetime. Further manufacturer transparency would come in the form of a declaration of the ecological footprint of products.

“Manufacturers would need to declare the total carbon footprint of the battery. And there are various parameters that fall into this: energy consumption and raw material used, including the share of renewable content,” explained Hellman.

​The report also sets minimum levels of recovered cobalt, lead, lithium and nickel from waste for reuse in new batteries and more stringent collection targets for portable batteries. “These substances are acquired from scarce resources which are not easily available in the Union, and some are considered critical raw materials by the Commission,” the MEPs behind the draft legislation stated.

Beyond that, manufacturers would also have to be aware of where any new raw materials were sourced from. The industry would have to ensure the supply chain complied fully with human rights and due diligence obligations. It should also “address risks around the sourcing, processing and trading of raw materials, which are often concentrated in one or a few countries,” the draft regulation says.

For rapporteur Simona Bonafè of Italy’s Democratic Party, the proposed regulation is a huge milestone in European legislation.

“For the first time, the battery regulation lays down a holistic set of rules to govern an entire product life cycle, from the design phase to end-of-life,” she said. “This creates a new approach to boost the circularity of batteries and introduces new sustainability standards that should become a benchmark for the entire global battery market.

“Batteries are a key technology for fostering sustainable mobility and for storing renewable energy. To achieve the objectives of the Green Deal and to attract investment, co-legislators need to swiftly adopt clear and ambitious rules and timelines.”