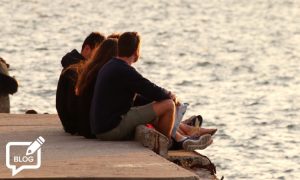 The news that Florida is planning to increase the purchase age for tobacco products to 21 – reported by our sister website ECigIntelligence this week – may seem bemusing, given that the same minimum age has been mandated by federal law right across the United States for well over a year. But it’s another clear indication (if another was needed) of just how much the issues of youth smoking and youth vaping dominate the minds of politicians and regulators alike.

That’s particularly true in the US, of course, but the spectre of kids taking up nicotine is a significant factor wherever the case is made for stringent regulation. (And the publication of a new book about Juul by the Time magazine writer Jamie Ducharme in the next few weeks could quite possibly bring on a fresh wave of outrage.)

One of the reasons is that opposition to youth usage is almost impossible to disagree with, at least publicly. It seems like a binary question – should kids be consuming tobacco/nicotine, or not? – to which the answer is an obvious “no”. By contrast, health benefits and risks to adults are a much more complex area, less easily encapsulated in a soundbite.

This is why opponents of reduced-risk products so frequently dwell on the youth issue, while advocates tend to avoid it; even if they privately believe that the story told by the statistics is nowhere near as bad as made out, any argument that “a little experimental vaping by minors is trivial alongside the health advantages to 45-year-olds” is suicidal.

So far, other forms of reduced-risk product such as heated tobacco and pouches have largely escaped the taint of youth use, even though they have inevitably been affected by regulation crafted to curb it.

But that won’t necessarily always be the case. Growing popularity will mean growing attention from anti-nicotine law-makers (who increasingly are anti-nicotine, not just anti-smoking), and every one of the arguments harnessed against e-cigarettes could easily be applied to other novel nicotine products.

That they don’t seem to have substantial youth use yet won’t stop that. For a start, it’s easy to imagine that products like tobacco-free pouches, offering nicotine in a relatively pure, drug-like form much as e-cigarettes do, could take off among young people.

The product isn’t the issue

What can the industry do? It’s tempting to say “learn from the mistakes of vape”, but that’s superficial and unhelpful. Certainly, thinking twice about marketing which might appear to target kids is wise (and appearances are everything here); so is restraint in product design, though there’s a limit to how far that can go. Concentrate on devising a product that is deliberately unappealing to young people, and you’ll probably end up with one that is unappealing to adult customers as well.

To a large extent, the product is not the key issue, anyway. The retail outlet is where any battle against youth consumption is really won or lost, and support for retailers in enforcing age limits – as well as strict measures online – are useful contributions the industry can make. Price points (and, related, taxation) can be factors too.

But ultimately the outcome is not in the hands of the industry, or in those of legislators or regulators: it will be young people themselves who determine whether they do or don’t use these products.

That doesn’t mean we should give up and let nature take its course. But it does mean that a part of the industry which so far has avoided the worst of the youth-consumption outcries can’t rely on doing so forever.