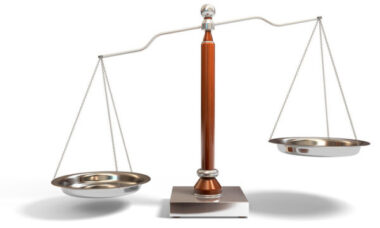 It’s a common complaint from both sides of the nicotine wars (or nicotine debate, if you prefer to be unrealistically genteel): the other guys just don’t get it.

Either they are so blinded by their animus toward conventional, combustible tobacco products that they fail to see the huge public health benefit in switching to reduced-risk alternatives; or they have fallen so completely for industry propaganda that they ignore the obvious potential calamity that lies in tolerance, the danger that all the wins of tobacco control over the past decades will be reversed as consumers take up “safer” products which still carry far more risk than abstention.

And the accusation that opponents miss the point, deliberately or otherwise, is surely going to be heard for a long time yet.

But is there any actual connection between people’s knowledge of reduced-risk products and their attitudes toward them? That was one of the questions we set out to answer with our first two surveys of members of the European Parliament (MEPs), conducted in 2020 and 2021, and the results were striking.

They more they know, the less risk they see

In both surveys, there was a clear correlation between higher levels of knowledge about novel nicotine products and lower perceived risk. Though the exact degrees of correlation varied by product category, the overall picture was consistent: those who were aware of and had some knowledge of a given category considered it less risky, compared to smoking combustibles, than those unfamiliar with it.

Of course, MEPs are not exactly average consumers, and of course they only come from certain countries, but it doesn’t seem unreasonable to assume that in a broad-brush way a similar pattern might be seen in the wider population and the wider world. Perhaps more importantly, though, it highlights that – at least in Europe – the outcomes of policymaking may be very closely tied to policymakers’ depth of understanding.

That should be no surprise, for this is a debate (or war) with complex ramifications. Whether the knowledgeable, sympathetic MEPs are actually right is a different matter, and not one that the surveys set out to – or could – establish; it is the disparity that’s significant, one that flags both opportunities and challenges for those on both sides who seek to shape policymakers’ views.

Those views can change, though. And this is also apparent from our two MEP surveys so far.

Notably, between 2020 and 2021, while there was still a correlation between high knowledge and low risk perception, it weakened for all categories other than nicotine pouch.

Could it have shifted further since? We will find out shortly, as we launch the third survey (this time also featuring a new question on attitudes to taxation, in anticipation of debate on an EU tobacco excise directive).

If there’s no change in attitudes at all, that would be a great surprise in itself. Quite possibly, changes will be complex, reflecting varying views on (and knowledge of) the increasingly varied products that make up the novel nicotine market.

And, of course, one of the big things to watch out for when we bring you the results is how strong that knowledge-support correlation remains – as a harm reductionist might put it, how far MEPs are still divided into those who “get it” and those who don’t.

How have MEPs changed in their views about new nicotine products?