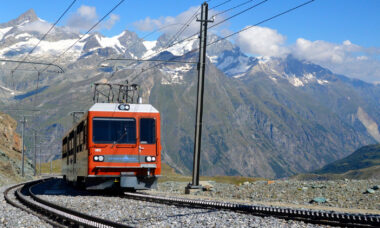 The Swiss Federal Assembly has adopted a longstanding bill that will implement new restrictions on tobacco-alternative products, including specific regulations on packaging and advertising, from mid-2023.

The Federal Tobacco Act (Loi sur les produits du tabac, LPTab) will prohibit the sales of all tobacco products to under-18s and require retailers to put up “visible and legible” signs in the place of sale advising customers of the ban.

According to the text approved by the Federal Assembly, tobacco will be allowed to be sold in vending machines only if they are not accessible to minors.

The new law will ban tobacco advertising in print and on websites and social media aimed at minors, as well as in cinemas and on public transport and sports fields. Tobacco-related sponsorship and promotion will also be banned at events in Switzerland if they have an international character or are aimed at an under-age audience.

Packaging of all heated tobacco products and tobacco intended for oral use will have to include the message: “This tobacco product harms your health and is highly addictive”.

Tobacco-free oral nicotine products will have to come with a message stating: “This product is harmful to your health and is highly addictive”.

Heated tobacco products will have to come with an information leaflet giving instructions for use and a statement that it is not recommended for minors or non-smokers.

Messages in the packaging suggesting that a product is less harmful than others – such as “light”, “mild”, “organic”, “natural” or “without additives” – will be prohibited.

Under pressure from a popular initiative opposing tobacco advertising, Swiss lawmakers voted 99 to 85, with eight abstentions, in favour of the LPTab.

The Social Democratic Party and the Greens voted against the bill, saying it was not strict enough – particularly as it does not ban menthol cigarettes. But the conservative and centrist majority put forward economic arguments.

The right-wing populist Swiss People’s Party said the legislation was too tough and warned that a restrictive approach to heated tobacco would harm the Swiss economy.

Interior minister Alain Berset voiced disappointment, saying the bill was “not much progress” and that it failed to mett the requirements for ratification of the World Health Organization Framework Convention on Tobacco Control (WHO FCTC).

What This Means: Switzerland’s long-awaited Federal Tobacco Act is finally set to come into force in mid-2023 if there is no opposition. However, a referendum is expected next year calling for a total ban on advertising of tobacco products – which the government is urging voters to reject.

To put the issue to a public vote, 50,000 signatures must be collected by 20th January. More than twice that number was collected for a 2018 initiative seeking a ban on all advertising of tobacco products targeting young people.