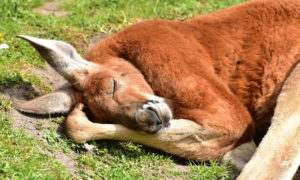 The Australian Therapeutic Goods Administration (TGA) has issued a final decision not to amend the country’s Poisons Standard – a decision which leaves the sale of heated tobacco products banned in the country.

In a notice published yesterday, the TGA says it does not believe heat-not-burn (HnB) products would make a significant contribution to harm reduction and finds no compelling evidence of any public health benefit.

The secretary’s report states: “I reiterate my finding that there are significant safety concerns with HTPs, notably as identified by the [Advisory Committee on Medicines Scheduling], the various risks of use of nicotine when in tobacco when prepared and packed for heating, its toxicity and the potential for abuse with no demonstrated benefit of its use.”

It also says that to exempt nicotine from the Poisons Standard “would allow anyone, including previous or non-smokers, to access these products and potentially expose a new cohort to the health risks arising from the use of tobacco”.

Nicotine is classified in Australia as a Schedule 7 substance – “dangerous poison” –  under the Standard for the Uniform Scheduling of Medicines and Poisons (SUSMP). The classification prevents the sale of all consumer products with nicotine, including e-cigarettes and white pouch snus as well as heated tobacco products.

The TGA says smokers who want to use a tobacco-alternative product to quit smoking can access nicotine-containing e-cigarettes with a prescription under Schedule 4.

The TGA received 85 public submissions in response to its interim decision released in June, most of them opposing its approach to nicotine products.

Among the institutions that participated in the consultation and supported the interim decision were the Lung Foundation Australia, Cancer Council Australia, Australian Council on Health and Smoking, and the National Heart Foundation.

There were more than 70 submissions from individuals who had family members who were trying to quit smoking using heated tobacco or e-cigarettes.

“None of the submissions provided have changed my assessment that nicotine presents a severe hazard from repeated use leading to potential addiction and a significant risk of producing irreversible toxicity, which may involve serious, acute or chronic health risks or death. I am not persuaded that HTPs would not attract ‘never smokers’ including youth,” the secretary’s report concludes.

What This Means: With this final decision, the TGA has ended the process of examining an application by Philip Morris International (PMI) to legalise the sale of heated tobacco products in Australia by amending the current legislation.

The industry believed in this process as an opportunity to change the legal path in the country and open the door to tobacco-alternative products, as neighbouring countries such as New Zealand have been doing.