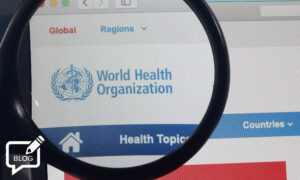 It’s not unusual to meet scholars, consumer advocates and others who are infuriated by the World Health Organization (WHO) attitude toward tobacco alternatives. The WHO, they say, is stubborn and over-dogmatic in its refusal to endorse harm reduction philosophies, too quick to assume that any product coming from the tobacco industry is irredeemably tainted, too single-minded in its dedication to eliminating smoking rather than accepting realistic compromises.

And there is, undoubtedly, some truth in all that. But (if only on the principle of knowing your enemy) it’s important, too, to understand that the WHO’s perspective is often not that of its critics…by which I mean not simply that they disagree on the answer to the question, but that they’re addressing different questions.

This is well illustrated by the list of winners at this year’s WHO World No Tobacco Day Awards – more specifically, by considering the countries they come from. Here are representatives from Chad, Pakistan, Nepal, Cambodia; absent are most of the big markets for tobacco alternatives, most notably the United States.

The list of winners from the Americas is dominated by names from Central and South America, and while this could conceivably be connected to the United States’ status as the most significant non-party to the WHO Framework Convention on Tobacco Control (FCTC), the more likely explanation is more straightforward: the WHO, as its name suggests, is taking a global view and not one that prioritises the most economically developed nations.

In other words, from the WHO point of view, the war on smoking is not being fought on the streets of London and New York, but in Kigali and Kathmandu and Asunción. From that standpoint, reduced-risk products are not necessarily a viable solution on a large scale, especially in countries with low average incomes, limited healthcare infrastructure and few chain retailers.

Of course, that doesn’t mean that e-cigarettes or heated tobacco or nicotine pouches couldn’t work to reduce smoking in those countries, if somehow they could be made available to smokers in large numbers.

Nor does it mean that the WHO’s antipathy toward these products is fully justified. But it does mean that expecting the WHO to endorse them as a major element in global smoking reduction is probably quixotic – and that campaigning for them to be recognised as a useful secondary tool in certain territories, rather than the magic bullet worldwide, could be more productive.