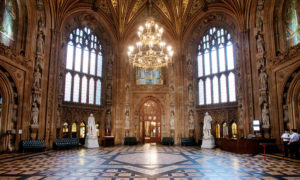 A British All-Party Parliamentary Group (APPG) on Vaping has urged the World Health Organization (WHO) to look to new alternatives to tobacco to shape future global anti-smoking policies.

A report by the MPs acknowledges that reduced-risk products such as heated tobacco and nicotine pouches have been emerging since the WHO’s Framework Convention on Tobacco Control (FCTC) was first set up in 2003.

It also notes that the tobacco-alternatives market has taken a different direction from the WHO, which it says shows “the short-sighted nature” of the United Nations agency’s approach.

“This direction is not contradictory to the FCTC itself, only the policies the WHO has chosen to pursue in the interim,” it reads.

The report expresses concern that the FCTC’s protocol has not been amended since it was created, which the APPG says “reflects a view of tobacco control formed at the turn of the century and is consequently out of date”.

It adds: “The lack of risk-sensitivity is evident, even though smokeless tobacco products such as snus had an observable harm reduction effect that was clear at the time the text was finalised.”

Threat to WHO funding

The report also suggests that the UK government should think twice about its contribution to the WHO if there is no “fundamental shift of mindset” ahead of the ninth Conference of the Parties (COP9), which will take place in the Netherlands in November.

If the WHO refuses to accept the principle of harm reduction “the UK delegation should make it clear that the UK will assert their national sovereignty – given the outcomes will not be binding – and continue to pursue our current domestic strategy,” the MPs say.

They call on the UK government to send a “balanced delegation” to COP9 as well as experts with first-hand experience to advocate “risk proportionate and evidence-based regulation”.

And they urge the establishment of relations with other parties who share the same approach to achieve an international coalition of like minds.

The report is the outcome of an inquiry by the APPG into COP9 to examine how its proposals may affect domestic legislation, particularly in relation to smoking cessation and the 2030 smoke-free target.

What This Means: The APPG report is now sitting on health secretary Matt Hancock’s desk and in the hands of the UK’s COP9 delegation.

It is expected that tobacco alternatives will be among the chief topics of discussion at COP9 – as was the case at COP8 in Geneva in 2018.