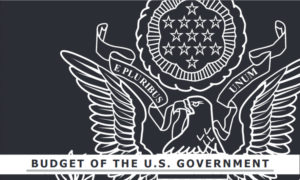 The US Food and Drug Administration (FDA) is to lose its power to regulate tobacco and e-cigarette products if Congress passes president Donald Trump’s proposed budget for fiscal year 2021.

The Trump administration’s budget request to Congress proposes that the FDA’s Center for Tobacco Products (CTP) be spun off to form a new agency focused on tobacco enforcement within the Department of Health and Human Services.

“This new agency would be led by a Senate-confirmed Director in order to increase direct accountability and more effectively respond to this critical area of public health concern,” the budget states. “A new agency with the singular mission on tobacco and its impact on public health would have greater capacity to respond strategically to the growing complexity of new tobacco products.”

Critics, including some industry groups, are concerned that this proposal will drastically change the regulatory structure for tobacco and other drugs. The CTP currently operates on a budget largely generated by user fees and a variety of smaller appropriations from the federal general fund.

At the same time the Bureau of Alcohol, Tobacco, and Firearms (ATF) would lose its enforcement responsibilities to the Alcohol and Tobacco Tax and Trade Bureau (TTB) in the Department of the Treasury.

“This transfer would enable the ATF to hone its focus on activities that protect U.S. communities from violent criminals and criminal organizations while consolidating duplicative alcohol and tobacco enforcement mechanisms within the TTB,” the budget states. “By allowing ATF to focus exclusively on its firearms and explosives mandates, this transfer would enable Treasury and DOJ [Department of Justice] to more efficiently and effectively protect the nation.”

The FDA changes are the most noteworthy. When the Obama administration successfully lobbied Congress for the passage of the landmark Tobacco Control Act of 2009, the FDA was granted the central authority to regulate tobacco products across the entire executive branch.

The intention of this regulatory structure is to empower compliance from companies who pay to seek product and scientific approval for new and existing products. E-cigarette makers and e-liquid producers, especially, are implored to file PMTA applications with the FDA so that these companies can return the products to the market while in compliance. The introduction of new legislation would be required to shift the authority of the Tobacco Control Act to the new tobacco-focused agency.

Changing this structure could put at risk the jobs of hundreds of employees working to regulate the tobacco industry, Charles Gardner of the Foundation for a Smoke-Free World told TobaccoIntelligence.

“That’s 1000 FDA jobs and $713m in funding from Big Tobacco this year,” said Gardner, director of the foundation’s health science and technology program. “Thanks to FDA’s 8th August 2016 deeming regulations, FDA’s role has been to freeze product innovation, preventing manufacturers from making their own safety improvements.”

Other fears overshadowing the proposal include the coming PMTA deadline of 12th May 2020, which requires e-cigarette firms to submit product applications or face indefinite closure.

“The PMTA deadline, if enforced, will cause a massive consolidation of the vaping industry that leaves only a few big companies in business. Most of those will be Big Tobacco companies,” Gardner noted, adding that any potential agency reorganisation could further complicate these processes.

“This proposal by the Trump administration could be a signal that HHS [health and human services] secretary Alex Azar is serious about streamlining the regulatory process for vaping products to keep thousands of small businesses from going under in the coming months,” Conley said. “Accomplishing this will require a lot of hard work and dedication, so it would be helpful to have someone new whose sole job is to focus on tobacco and nicotine regulation.”

‘A recipe for further delay’

There is still a degree of uncertainty over the creation of a new tobacco regulatory framework. Michelle Minton, a senior fellow at the pro-industry Competitive Enterprise Institute, believes this proposal is not ideal for the current policy and political environment.

“We don’t need another agency focused on ‘tobacco’,” Minton said. “What we need is an agency – any agency – to recognise that some forms are of lower risk than others and should be regulated as such.

“Since all agencies are prone to expansion and mission creep, this portends bad things, not just for lower-risk alternatives to combustible tobacco, but for any other ‘irredeemable’ substances, like recreational cannabis.”

Matthew Myers, president of the Campaign for Tobacco-Free Kids, called Trump’s proposal to shift regulatory enforcement a “recipe for further delay in protecting kids from e-cigarettes”.

What This Means: While it gives rise to an inevitable mix of hope and suspicion, the full and precise reasoning behind the Trump administration’s proposal to take tobacco and e-cigarette regulation out of the FDA’s hands is not entirely clear – other than being another instance of overturning an Obama era plan.

What is also unclear is how the proposed new agency would be funded, and how it would compare with the current CTP in terms of budget and size. Would it just be the existing CTP transferred out of the FDA, on a similar scale and with similar funding, or would it be a complete rethink in terms of how it is operated, staffed, and paid for?