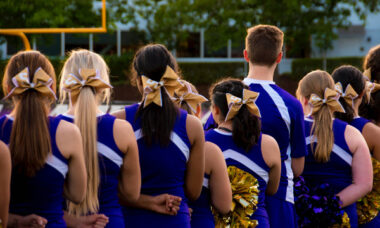 Nicotine use among US adolescents remained stable in 2022, after a significant decrease in 2020 and 2021, according to a national survey.

The Monitoring the Future (MTF) survey found that while nicotine e-liquids are still among the most-used substances – along with alcohol and cannabis – no nicotine product, including tobacco products, rose back to pre-pandemic levels of use among teenagers over the course of last year.

“Overall, cigarette prevalence in 2022 is at or near the lowest ever recorded by the survey for lifetime, last 30-day, daily and half-a-pack per day use,” the report says.

Based on the survey, which added eighth and tenth graders to its pool in 1991 after being conducted annually among 12th graders since 1975, smoking rates in particular have declined dramatically over the past 20 years, having previously been on the rise.

“The intense public debate in the late 1990s over cigarette policies likely played an important role in bringing about the very significant downturn in adolescent smoking over the past two decades,” the study says. “MTF helped to give rise to that debate, as it publicly reported in the first half of the 1990s that the level of smoking among US adolescents was rising sharply, results that were widely covered in the national media.”

According to the data collected by researchers from the University of Michigan, the percentage of young people who had at least tried cigarette smoking also remained stable at a low level.

“The percentage of adolescents who had ever smoked a cigarette did not significantly change from 2021 to 2022, although it trended downward slightly in eighth and 12th grade and increased nominally in tenth grade,” their report says.

The use of other tobacco products was also stable at low levels, the study found.

In general, the use of any nicotine product remained steady between 2021 and 2022, having fallen significantly at the onset of the Covid pandemic in 2020.

When it comes to nicotine products other than vaping, in 2022, 12th graders reported a slight increase to 8.3%, while the percentage remained stable at 4.2% for tenth graders and decreased slightly to 2.7% among eighth grade students.

Teenage usage of smokeless tobacco also dropped significantly in the past years, hitting or nearing record-low levels in 2022.

Smokeless tobacco up from record low

Based on the study, daily use of smokeless tobacco among adolescents is at 1.1% or less in all grades, which researchers described as “near-negligible levels”.

“Clearly snus has lost most of its appeal to teenagers, possibly in part due to the sharp increases in the popularity of vaping,” the report says.

Questions on dissolvable tobacco were also added to the survey in 2011 and its annual prevalence has stayed below 2% since.

Prevalence in the past 30 days remained unchanged for flavoured little cigars after a sharp decrease in 2021, while the percentage of 12th grade students using cigarillos rose from 3.4% to 5.6% between 2021 and 2022, although this figure remains the second lowest ever recorded since this category was included in the 2010 survey with a high of 23%, which has since declined over time.

The MTF survey also asked 12th graders about their use of hookah inhaling devices for combustible tobacco, which in 2022 was slightly up for the past 12 months after a steady decline since 2014.

While the survey’s latest data shows no increase in tobacco use among US adolescents, remaining lower than before the pandemic, the number of teenagers using tobacco products in the country still raises concerns.

According to a report released in November by the US Food and Drug Administration (FDA) and the Centers for Disease Control and Prevention (CDC) more than one in ten middle and high school student had used tobacco in the previous 30 days, a total of 30.08m adolescents.