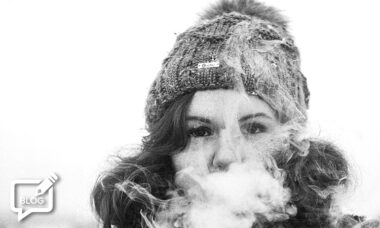 It had to happen. Despite heated tobacco products being barely available in the US (only Philip Morris International’s Iqos can legally be sold, and it’s only been rolled out to a few areas), it is now officially the next monstrous threat facing America’s youth.

At least, that’s the picture painted by Chidimma J. Acholonu, a Chicago doctor who contributes to the ABC News Medical Unit, and some of the people she interviewed for a recent story.

“They’re attempting to make the packaging and the marketing look white and clear and clean and very modern,” Erika Sward, assistant vice president for advocacy at the American Lung Association, was quoted as saying in Acholunu’s article. “But we can’t afford to be fooled again on another tobacco product.”

Very similar points were made by Shu-Hong Zhu, director of the Center for Research and Intervention in Tobacco Control at the University of California, San Diego and co-author of a new study in the journal Pediatrics covering youth awareness and usage of heated tobacco. “Our concern is that this is a new product and the design is kind of slick,” he said. “Our goal was to raise the alarm. We fear this might be like the new e-cigarettes.”

Acholonu’s conclusion, then, was that despite the almost complete absence of the products from the country, “teens are still curious – and at risk”.

Yet this seems a classic case of assuming that anything tobacco-related poses a clear and present danger to those incurably curious teens…without considering the facts on the ground.

For a start, though Iqos is indeed “kind of slick” in design terms, few would argue it’s quite as slick as Juul’s products, and it’s certainly not as easily concealable or USB-resembling. Iqos consumables are also not available in anything like the range of exotic flavours (some of them imaginary) that get anti-vaping activists so feverish.

So either Iqos isn’t much of a threat on these grounds after all…or two of the most common alarms raised about vaping have themselves been misguided. We can’t have it both ways; for example, if e-cigs are the devil’s work because of candy-cane-flavoured e-liquids, then heated tobacco’s chaste assortment of boring grown-up flavours must be positively saintly by comparison.

Meanwhile, the Pediatrics study suggests that while teens may be curious, they’re not so curious as to actually do anything about it. The San Diego study (limited to tenth- and 12th-graders in California) found that fewer than 10% had even heard of heated tobacco, fewer than 1% had used it, and only one in 500 were current users.

True, a significantly larger number indicated that they might, conceivably, be willing to try the products. But the research was structured in such a way as to make this almost inevitable. As the paper itself narrates: “The susceptibility [to heated tobacco products] was assessed with a single question, ‘If one of your best friends offered you a heat-not-burn tobacco product, would you use it?’ Responses were on a 4-point Likert scale, from ‘definitely yes’ to ‘definitely not.’ Any response other than definitely not was defined as susceptible in this analysis.”

In other words, only teens who absolutely ruled out the possibility that they’d ever even consider using heated tobacco were considered immune to its ghastly embrace. But given that teens are famously – well, you know, curious – is it really surprising that few would say “definitely not”?

The bottom line is that in the world as it exists, very few American teens are using these products. They are not widely sold; it’s not obvious why they would be particularly attractive to young people; and it’s especially unclear why a teen might resist the siren call of combustible cigarettes and e-cigs but then suddenly start using heated tobacco.

Sure, some kids hypothetically might start, but they might do all sorts of things. And this latest round of fearmongering produces no convincing reasons why heated tobacco in particular should be a worry.