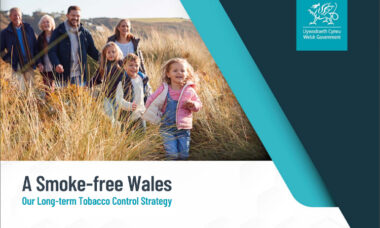 Heated tobacco and the possible legalisation of snus are not specifically addressed in a new tobacco control strategy for the devolved UK region of Wales, which does emphasise discouraging youth uptake of vaping and use of alternative products.

The Welsh plan contrasts with the recently-published Khan review, which provided recommendations to the UK government to achieve a smoke-free society, including encouraging a focus on non-combustible products’ potential for cutting smoking rates.

The Welsh government’s strategy sets a target of 5% smoking prevalence within the adult population by 2030 – as does the independent tobacco review for the whole of the UK led by former Barnardo’s chief executive Javed Khan – but also focuses on discouraging the uptake of alternative products by young people.

The Welsh government said this was in line with the previous emphasis on youth smoking prevention. “Previous work on tobacco control in Wales has focused on supporting children and young people to understand the risks and harms of tobacco and to make smoke-free the norm so that they are less likely to take up smoking in the first place,” the report says.

This work has included smoking bans in places where children spend much of their time, such as school grounds, outdoor areas of childcare settings and public playgrounds, and in private cars when a child is present.

Wales goes its own way

While the Khan review, which was commissioned by the UK minister for health and social care, suggested the UK government “facilitate access” to tobacco-free nicotine pouches, that detail is omitted from the Welsh strategy.

Unike the Khan review, which was far less enthusiastic about heated tobacco products than e-cigarettes, the Welsh plan does not specifically reject the idea of legalising snus but leaves the question unaddressed.

Tobacco harm reduction expert Clive Bates told TobaccoIntelligence the Welsh strategy was “a bad case of setting an ambitious goal but denying the means to achieve it”. Bates believes the most effective way to cut smoking is to encourage mass switching to lower-risk non-combustibles.

“The strategy ducks these options completely and somehow manages only to talk about e-cigarettes as a risk to young people and a possible pathway to smoking,” he said. “The Welsh government has not grasped the scale of the underway technology transition and how much could be achieved for the more disadvantaged communities in Wales, where smoking rates are highest.”