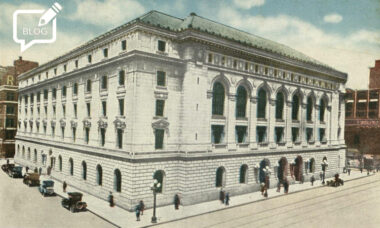 Another day, another judgement in the saga of the US vapour industry’s cases against the Food and Drug Administration (FDA) over its handling of the premarket tobacco product application (PMTA) process, and this time it’s the court’s decision in the case of Bidi Vapor and five other firms against the agency.

While no more conclusive for the industry as a whole than any of the other judgements in similar cases – which have certainly not all reached the same conclusions – it’s worthy of note for the spotlight it puts on the FDA’s approach to applications. In particular, it highlights the reasoning that led the agency to give companies’ marketing plans short shrift; and more generally, the way that the current controversies centre on process, not the actual pros and cons of novel tobacco products.

Particular attention has been given to the colourful language of the dissent by judge Robin Stacie Rosenbaum, which begins with a “spoiler alert” and later references Star Trek’s Borg in concluding that remand to the FDA (return of the applications for reevaluation) “is futile”. But even if chatty, it is cogently argued, and can be paraphrased thus:

Flavoured cartridge products lead kids to smoking, and are not particularly helpful for adult cessation; therefore they can only be tolerated if youth access can be prevented.
However, retail controls don’t work; the applicants’ “marketing and sales-access-restriction plans, in the real world, could never be enough”.
Therefore, the only option is to keep these products off the market altogether, and “remand is futile” because this underlying logic will not change even if the FDA does give closer consideration to the marketing plans. It is bound to reach exactly the same conclusion, and its failure to review marketing proposals first time round is in effect no more than a harmless error.

There is, to be sure, one gaping hole in Rosenbaum’s reasoning. How can the FDA (or the judge) be sure that no retail or marketing controls would ever work in cutting off youth access? Just because they haven’t so far does not mean that they never will (what about an unbreakable biometric link between device and purchaser, for example?). We, are after all, dealing here with reviews of innovation…

Where the judges differ

This is a key point where the majority and the dissent differ, and where chief judge William Pryor (writing the majority opinion) pointedly observed: “This excuse is akin to a federal district court judge refusing to hear a convicted criminal defendant at sentencing about his reformation plans or the impact on his family because, in the judge’s experience, he found that those things do not matter.”

The bottom line, for the majority, is just as unambiguous as it is for Rosenbaum…but from the opposite perspective. Agency action must be based “on a consideration of the relevant factors”, yet “the Administration failed to consider the relevant marketing and sales-access-restrictions plans”; therefore, “the marketing denial orders were arbitrary and capricious”.

To understand why this supposed capriciousness came about, we need to look at the history of the PMTA process from the FDA’s point of view. As described by the court, “the Administration repeatedly represented to tobacco companies that marketing and sales-access-restriction plans were relevant to its determination of whether their products were ‘appropriate for the protection of the public health’ ”.

But after saying this, and faced with a huge volume of PMTA applications, the agency then adopted its “fatal flaw” approach, which in essence led to it automatically rejecting any applications that did not include a randomised controlled trial or a longitudinal cohort study showing benefits to adult smokers.

“For the sake of efficiency, the evaluation of the marketing plans in applications” would not take place unless an application had already passed over the first “fatal flaw” hurdle, the FDA decided. It also cited similar reasoning to Rosenbaum’s: such plans probably wouldn’t make much difference anyway.

So, although of course it wasn’t phrased this bluntly, the only way an application could compensate for an unavoidable risk of youth uptake was to demonstrate benefits to adults. Fail to do that, and the rest of your application is irrelevant.

What’s it all about?

What can we learn from all this? Most importantly, perhaps, that the current arguments are all about procedure. The court noted – as others have – that it wasn’t sitting in judgement on whether the products should have been granted PMTAs, or whether the marketing plans were credible (“the Administration is not required to decide…that this evidence tilts the scales”).

The only question was whether the FDA, when it sat in judgement, did so properly. And indeed, this (rather than anything to do with public health as such) has consistently been the question raised by plaintiffs too.

Given that the issue at hand in these cases is procedure rather than science, it’s more than likely that both the review of the agency’s tobacco regulatory activities ordered by FDA commissioner Robert Califf earlier this summer and the arrival of a new head for the Center for Tobacco Products (CTP), Brian King, will bring about changes.

Any alterations to the PMTA process are likely to make it more bullet-proof from the agency’s point of view, which does not necessarily mean more explicit; it could mean the opposite.

So the future fate of heated tobacco, pouches and other products with the FDA will also almost certainly be affected by the agency’s experiences during the e-cig PMTA fiasco. And any lingering naive faith that “obvious” public health benefits will win the day through sheer persuasiveness should be abandoned.

Equally, these cases do nothing to resolve the underlying question of whether novel nicotine products are, in the terminology of the FDA and the Tobacco Control Act, “appropriate for the protection of the public health”.

That issue hasn’t come to court yet, and while judgements like that in the Bidi case might provide some temporary relief – if not closure – for the companies concerned, the fundamental rift remains as wide as ever.

These cases, important as they are for the participants and potentially for other litigants too, remain arguments over whether the FDA dotted the i’s and crossed the t’s correctly; at most, perhaps, over whether the t’s should have been crossed at all. They’re not settling the question of which alphabet to use.

US FDA earns bouquets and brickbats with warning on flavoured gummies