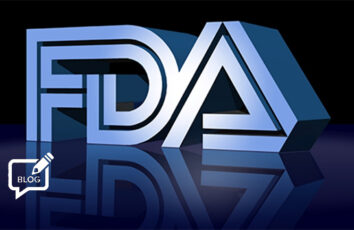 While some of the biggest questions surrounding the US Food and Drug Administration (FDA)’s evaluation of e-cigarettes – in particular, the fate of major players like Juul and British American Tobacco (BAT) in the premarket tobacco product application (PMTA) process – remain opaque, light has been dawning on some truths long suspected.

Initiation into vaping (or use of another reduced-risk product like heated tobacco or snus) might be preferable in terms of individual health to initiation into smoking, but from the FDA’s point of view it still involves crossing the border from “tobacco non-user” into “tobacco user”, and that’s what really counts.

The agency’s Todd Cecil as good as acknowledged all this in a presentation at the  Global Tobacco & Nicotine Forum (GTNF) held in London last month. The calculus of pros and cons in judging a product’s overall public health impact is “extremely difficult”, he granted, but while insisting that the continuum-of-risk concept was still alive within the FDA, “that entire discussion doesn’t take into account the explosion in youth initiation” into vaping.

In other words, the continuum may exist in some abstract way, but it’s the kids that matter when it comes to the crunch.

Moreover, in the FDA’s view it’s not just the “gateway effect” that makes youth vaping important, because it’s also concerned with the direct effects of nicotine on young people – rendering arguments about averting youth combustible initiation slightly irrelevant, and also undermining a key pro-vaping argument. In adults nicotine may be more or less harmless, so the existence of a much less risky way to consume nicotine is a plausible concept; where kids are concerned, though, the FDA doesn’t believe there’s any such thing.

To be fair, despite the lambasting it sometimes receives, the agency hasn’t plucked its convictions from thin air. There have indeed been increases in youth vaping over (most of) the last few years; there is some evidence that nicotine can be deleterious in young people; there is at least a credible logical argument that the long-term route to reducing consumption of tobacco products is to stop young people taking them up in the first place, rather than encouraging much older people to switch from one type to another. And, of course, young people do generally use flavoured products.

The question, though, is not so much whether the FDA is entirely wrong (which it isn’t), but whether it’s entirely right – and that doesn’t seem very likely, either.

So, while younger vapers certainly do enjoy flavours, the near-religious fervour of the war on cotton-candy e-liquid seems misguided. (Indeed, candy flavours are not much more popular among the young than mint and menthol.) As a group, these products are not specifically aimed at the young – and in any case, even if they do disappear from the market, there is no guarantee that will slow down youth vaping. Your favourite drink might be cola, but if cola is banned you’ll very likely still settle for a glass of water rather than dying of thirst.

Then there is the new and awkward problem that youth vaping in the US plummeted in the last National Youth Tobacco Survey – nearly halved, indeed, from 19.6% of high-schoolers and 4.7% middle-schoolers in 2020 to 11.3% of high-schoolers and 2.8% of middle-schoolers in 2021. The quick response of the tobacco control establishment was to attribute this to vague Covid-related factors (lockdowns, kids not attending school, for example), implying a temporary blip.

But it is hardly the case that e-cigarette products (including all the flavoured ones) were unavailable during this period. The next NYTS will tell us more, but these figures do testify that the mere existence of certain products on the market is far from the main cause of youth vaping.

It must be possible for them to remain on sale and for youth vaping to decline, because exactly that has just happened.

The reasons why surely call for investigation, not dismissal.

Yet the existence of products, rather than fine-tuning of their characteristics or the way they are sold or used, is essentially what the FDA controls with the PMTA process. If a product is deemed not to be appropriate for the protection of public health (APPH), the outcome is almost certain to be its complete removal from sale.

And not only is this a sledgehammer approach; it is also very difficult to determine exactly how one avoids being a nut.

Final rules on the PMTA and Substantial Equivalence (SE) processes were released just a few days ago, timed with blackly comedic irony to appear mere weeks after countless big e-cigarette brands had their products rejected.

At least the FDA should have learned from that experience in updating the rules, but they do little to clarify exactly what is needed to get through the PMTA ordeal. Indeed, the agency acknowledges that “several comments stated that FDA has failed to explain or justify how it is interpreting and applying the APPH standard when evaluating PMTAs and must do so to allow a determination of whether its issuance of PMTA marketing orders is arbitrary and capricious. In addition, some comments were concerned that the lack of articulated definitions and standards regarding the APPH standard would leave applicants guessing at what might satisfy the standard.”

Similar complaints are likely to be made against the FDA in litigation following the denial of PMTA approvals. One of the first to sue, Turning Point Brands, has called the FDA’s decision “arbitrary and capricious” and “an abuse of discretion”.

The FDA would disagree, naturally, but it continues to make the argument that applications must be treated holistically rather than evaluated against precise, openly-stated standards. In one area (product constituents), indeed, it frankly “declines to revise the rule to assign weight to different types of evidence”. Some evidence is more important than other evidence, but the exact priorities are anyone’s guess.

We are not, then, much more enlightened than we were before these updated rules appeared.

But what is apparent from the revised PMTA/SE rules is, again, the emphasis on youth, even cited as (effectively) a justification for moving away from the continuum of risk: “A non-combusted tobacco product that may help current adult smokers transition away from cigarettes may appeal to and lead to tobacco product initiation among youth and young adults who have never used tobacco products.”

Discussion of marketing, similarly, stresses ways to avoid sales to young people, though even that seems unlikely to be enough. The FDA’s Cecil at the GTNF was sceptical about mitigating potential risk through marketing plans that deter youth uptake, stating that “we do not believe that marketing restrictions alone…have sufficient ability to reduce youth initiation” and that they might not be implemented anyway.

Whose health is it anyway?

The bottom line seems to be that almost any risk of youth initiation cancels out public health gains in the adult population, and that averting youth smoking is not seen as a plus point either. As Eric Lindblom of Georgetown University analyses the situation, the FDA cannot “accept increases in overall youth tobacco use – caused by increases in e-cigarette use among youth who would not otherwise use any tobacco product – as an acceptable tradeoff for securing net public health gains from some smokers switching to e-cigarettes and from some youth who would otherwise smoke using e-cigarettes, instead”.

This might seem counter-intuitive. After all, doesn’t the public health involve adults as well as young people? As Lindblom puts it, on the surface it indeed shouldn’t “matter whether some new health harms are also created, so long as the net result is a significant reduction to total tobacco-related harms. Nor does the [Tobacco Control Act] care about who experiences the various harm reductions (or any harm increases underlying the net harm reductions). For example, when FDA evaluates the future harms and harm-reductions likely to be caused by allowing the future marketing of an e-cigarette, the ‘appropriate’ standard does not care whether the harm reductions or new harms are experienced by adults or youth, male or female, black or white. It requires only that the net impact reduces total tobacco-related harms.”

But as he goes on to point out, while this might be one interpretation of the FDA’s mission, it’s not the reality. The legislative history of the act, he argues, suggests that the agency has not one mission but two: to reduce overall tobacco-related harm and risk, and also to reduce minors’ use of tobacco products – any tobacco products.

And this is the brick wall that the US e-cigarette industry is now running into headlong – one that will also, very possibly, be encountered by makers of other reduced-risk products like heated tobacco.

Balancing public health costs and benefits turns out to have been a distraction. So does the continuum of risk. Gains in public health for older age groups might be fine and dandy, but if there is the faintest suspicion that they come with a risk of youth initiation, they count for naught when the FDA makes its decisions.