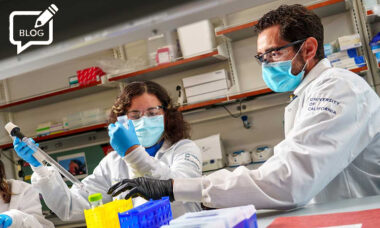 Before Covid vaccines came along, there were essentially two ways to control the spread of the pandemic: limit encounters between people, and where they were unavoidable, inhibit the virus’s ability to move from one person to another.

In their most familiar forms these were manifested in lockdowns and masks, for example. But in a judgement of the situation driven entirely by these two goals, it would have been equally reasonable to demand that everyone wear biological-warfare-grade protection 24/7 for a year, and to shoot them dead if they left their home without it.

Of course, no governments went quite this far, because – even if they weren’t always acknowledged in some of the more heated debate – there were always issues to consider beyond managing Covid: things like maintaining economies, and the consent of the governed (or at least enough of them), and not making the solution worse than the problem. In other words, proportionality.

And yet the outrageous measures I suggested a couple of paragraphs back would, strictly, have been “following the science”. They’re where certain aspects of the science could easily lead, if absolutely nothing else (including other areas of science) was taken into consideration.

Which is why “following the science” became not only one of the most tiresome, but also one of the most misleading, clichés of the pandemic…and why both the advocates and the enemies of novel tobacco products need to be cautious of claiming to do the same thing.

In this case, the question to ask of “the science” seems to be “are these products safe?” But anyone who’s not too busy grinding an axe will quickly acknowledge that this begs other questions: what is “safe”? Don’t we mean “safe enough”? And if so, how safe is “enough”? After all, everything is dangerous to a degree, even if a tiny one; you can drown in milk, cut yourself on a birthday card.

Too new to tell

Let’s say we agree that “safe enough” means something like “as close to certain as possible not to cause anything worse than the most trivial harm to more than a tiny number of people”. That raises its own bevy of questions, of course, but it’s a viable outline of a definition.

If we could say with confidence that a novel tobacco product meets this criterion, then there shouldn’t be any need to ban or overly restrict it. Why would we? It’s a birthday card, it’s milk.

The first problem is that we can’t generally say this with complete confidence; if nothing else, because the products are too new to gauge long-term effects. At the same time, we can’t point to obvious, indisputable, terrible harms either.

And this is a problem both for these products’ supporters and for their opponents, because not only does it rule out easy rubber-stamping, it also means we have to ask not one but two further questions: are they substantially less risky than combustible cigarettes, and are they effective in moving smokers away from combustibles (or preventing new smokers from starting)?

Where these two questions are concerned, the advocates ideally need “yes” twice, and in a political climate where anything involving tobacco or nicotine is approached with caution, the other side only needs “no” once. There’s no point in having a combustible substitute that’s as bad or worse, or one that doesn’t actually work as a substitute. (Conceivably, a “yes” on the risk question only might be enough in principle to justify acceptance, but good luck persuading legislators to support that.)

The situation is further complicated by the proliferation of products, and here the much-vaunted “continuum of risk” concept – widely used to argue for tolerance of a slight risk in vaping, on the grounds that it’s far less risk than smoking involves – might be less of a friend to some types of novel nicotine product.

No road signs for lawmakers

It’s difficult to believe that even on the faraway day when the science is conclusive, all of them will prove to be at exactly the same point on the continuum. Being “safer than cigarettes” may not be enough if a product category is also “riskier than every other alternative”.

And then it gets even worse. There probably won’t be a simple “yes” or “no” on questions of relative risk or effectiveness in cessation, and instead two “somewhat”s. There simply is not a monolithic, conclusive, entirely consistent body of science existing on this topic; there probably won’t be for quite a while, if ever; and taking any single study or group of studies literally and in isolation can at best give you a very skewed impression of reality, at worst lead you to very undesirable places, as with my dystopian Covid fantasy.

In short, there are no road signs legislators can follow to the correct conclusion; their task is more like trying to figure out directions in the pitch dark with a broken compass and half a map.

With that in mind, though it will probably have disappointed both sides that the European Parliament recently decided to encourage further research rather than handing down definitive decisions on every question relating to novel tobacco products, it was at least understandable. Advocates of these products will take heart, too, from our surveys of MEPs showing that greater knowledge generally translates into greater sympathy.

Even so, the day of decision-making can only be put off for so long – in Brussels or anywhere – and research is unlikely to be a completed project when the day finally comes.

On that day, “following the science” alone won’t be an option – judgement, even gut feel, will have to come into it, and so (as with Covid) will values. The sooner we acknowledge this and stop pretending that the regulatory future of novel tobacco products is purely an objective scientific question, the better.