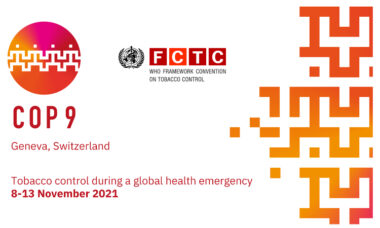 The World Health Organization (WHO) has decided to postpone a discussion on novel tobacco products to a face-to-face event in 2023 – a decision experts are linking to a lack of consensus on what approach to take to tobacco alternatives.

Organisers of the ninth Conference of the Parties (COP9) to the WHO Framework Convention on Tobacco Control (WHO FCTC), which will take place online in November, blames the postponement on “the limited time available for the virtual session and the substantive discussions expected”.

But experts have suggested to TobaccoIntelligence that there are concerns within the UN agency around opposition from some member states, particularly the UK, to the WHO’s stance towards tobacco-alternative products.

“I suspect they may be putting off the discussion because they are unlikely to reach a consensus,” said Christopher Snowdon of the Institute of Economic Affairs (IEA).

Public health expert Clive Bates suspects that the Convention Secretariat may want to avoid any major controversies in order to keep the conference down to the minimal essential work it needs to do.

Who decides the agenda?

Another reason for the delay could be that the Convention Bureau wants to look at the US Food and Drug Administration (FDA)’s decision on pre-market tobacco product applications (PMTAs). For Bates, “the FDA’s decision might also influence the mindset of those parties taking part in the conference”.

According to the provisional agenda, COP9 will discuss the FCTC workplan and budget for 2022-2023.

The Convention Secretariat serves the parties, but it is the latter who decide the agenda and, Bates says, “theoretically the parties might reject the postponement proposal and oblige the secretariat to include these discussions about tobacco alternatives during the COP9”. Nevertheless, given the circumstances, this is unlikely.

Charles Gardner, executive director of the International Network of Nicotine Consumer Organisations (INNCO), is unhappy about the postponement.

“Biased harm reduction denial will continue unchecked for two more years with no input from, or debate among, any of the 182 parties to the convention,” he said.

Through this two-year postponement of the discussion, Gardner said, the WHO is “protecting Big Tobacco’s main cash cow – cigarettes”.

What This Means: The decision by the WHO FCTC Convention Secretariat to postpone discussion of novel tobacco products follows the WHO’s own July report placing such products at the top of the agenda.

The last conference of the parties, COP8 in Geneva in 2018, ended with governments struggling to regulate tobacco-alternative products due to the lack of scientific proof on potential risks or benefits. It is yet to be seen whether the parties will accept the postponement of such important discussions or whether any objections will be raised during the online event from 8th to 13th November.