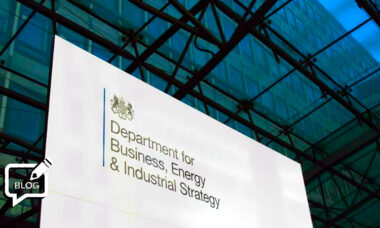 The recent proposal of Philip Morris International (PMI) to acquire UK-based inhaled drug delivery company Vectura for $1.2bn has alerted the British government, which has legal instruments to object to the deal if it sees any major public interest reason to do so.

A spokesperson for the Department of Business, Energy and Industrial Strategy told TobaccoIntelligence the government was closely monitoring the situation but did not disclose any further information.

There is uncertainty around the details of what could eventually happen, or whether officials in London might even block the acquisition.

Former UK public health official Clive Bates pointed out that if the government has any doubt about the legality of the deal it could refer it to the Competition and Markets Authority (CMA), the UK’s competition regulator, under the Enterprise Act 2002.

Reasons to welcome the deal…

According to this regulation, the government can intervene in mergers on a range of public interest grounds, including some specific issues of national security and financial stability.

The law also establishes that in certain public interest cases the Secretary of State can intervene.

Bates said a merger like that of PMI and Vectura could only be blocked by the government for a question of market concentration. “I can’t see the public interest case for keeping a company like PMI stuck in the merchants-of-death business,” he concluded.

Neil McKeganey, former government drug policy advisor and director of the Centre for Drug Misuse Research at the University of Glasgow, said the proposed acquisition “may indeed be the subject of much closer regulatory scrutiny”.

“I do think that this is a development which should be welcomed as a clear sign that a major tobacco company is indeed seeking to move away from a product which though hugely profitable causes such enormous health harm,” he added.

…and calls to block it

Some anti-smoking groups have called for the government to intervene to block the acquisition, warning that it might allow Big Tobacco to subvert health legislation.

In a recent letter to business secretary Kwasi Kwarteng and health minister Sajid Javid, representatives of Action on Smoking and Health (ASH), Cancer Research UK, Asthma UK and the British Lung Foundation said they were “deeply disturbed by the threatened takeover”.

“To live up to its obligations under the WHO tobacco treaty and protect public health policy from the commercial and vested interests of the tobacco industry, the government must block this takeover,” the letter reads.

A spokesperson for PMI said that due to restrictions laid down by the UK Takeover Panel, which ensures equal treatment of shareholders during takeovers, the company could not disclose further information about the deal.

The Big Tobacco manufacturer expects to close the transaction in the second half of the year, subject to a shareholder vote and approval by the appropriate regulatory authorities.