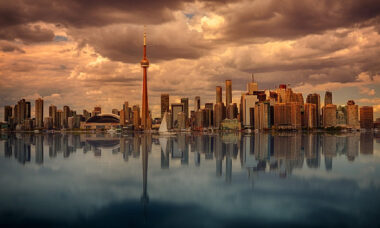 An anti-smoking group is taking the Canadian government to court in a bid to force it to complete its review of the federal law governing tobacco and vaping products.

In its application filed in the Federal Court of Canada, Physicians for a Smoke-Free Canada says effective regulation of the consumption and commercial distribution of tobacco and vaping products is “an urgent public health matter”.

While the government has held consultations and was required to submit a final report to Parliament by May 2022 on its review of the Tobacco and Vaping Products Act (TVPA), that has still not happened, the group said. In fact, as an added safeguard, the TVPA includes a requirement to undertake a legislative review of its provisions and operation three years after its coming into force, and every two years thereafter.

“It is critical that Health Canada complete its review of the TVPA and for the Minister to table her report so that any gaps can be identified and addressed at the earliest opportunity,” the group said in its application.

Health Canada declined to comment on the court case but said the review was nearly complete. “The department is reviewing the written submissions received,” it told TobaccoIntelligence. “This final report will be tabled in Parliament in 2022 and will be made public on Canada.ca at that time.”

The House of Commons is currently scheduled to rise for its Christmas break by 16th December and is not scheduled to resume sitting until 30th January. With the exception of a handful of non-sitting tabling days in the parliamentary calendar, Parliament has to be sitting for a report to be tabled.

Once the final report is tabled, it could be referred to committees in the House of Commons and Senate, where groups and other witnesses would have an opportunity to testify regarding changes they would like to see in Canada’s federal law on tobacco and vaping.

Cynthia Callard, executive director of Physicians for a Smoke-Free Canada, said the application the group has filed in court could be considered moot by the court if Health Canada does indeed table its final report before the Federal Court holds a hearing in the case. However, she said the group was also acting with the future in mind.

“This is the first of a sequence of reports,” she said. “The law requires the government to report every two years with the next one due in May 2024. Our goal is to ensure that future reports are not delayed.”

Callard said the group would like to see several changes to the current law in the hope of preventing future generations becoming addicted to nicotine.

“At a high level, we want federal law to be modernised so that all non-therapeutic nicotine-bearing products – pouches etc – are covered, with a legislative goal of ending nicotine addiction in Canada,” she said. “We propose a phase-out of combustible products within a decade or so, with a somewhat slower phase-out of the supply of other nicotine-bearing consumer products.”

Health Canada launched the legislative review of federal tobacco and vaping laws in March with a discussion paper that focused on questions such as how to prevent young people and those who don’t use tobacco products from vaping and developing a dependence on nicotine.

At the time, groups representing the vaping industry said they would like the government to broaden the legislative review beyond youth vaping to questions such as the potential use of vaping to help people quit smoking.