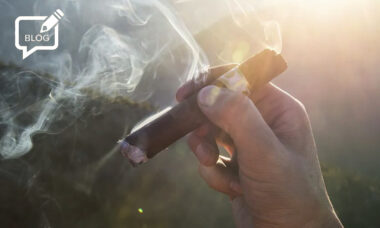 Once more, the court takes up a challenge to the U.S. Food and Drug Administration’s (“FDA”) regulation of a category of tobacco product known as premium cigars.

You can almost hear the sigh of judge Amit P. Mehta as he wrote his latest opinion in the long-running litigation between the FDA and the cigar industry over the latter’s treatment by the 2016 final deeming rule. Here we go again…

Mehta, who sits in the US District Court for the District of Columbia, had already ruled in 2020 against the FDA on the issues of premarket approval for cigars and on their health warning requirements. But in this most recent instalment of the battle between the agency and the industry (represented by the Cigar Association of America, Cigar Rights of America and the Premium Cigar Association) he turned to an even more fundamental question: was the basis of the FDA’s decision-making in formulating the deeming rule itself flawed?

At issue in the case was whether “premium” cigars – the expensive ones smoked by connoisseurs, relatively infrequently and usually without inhaling – should have been lumped in with all other cigars. And before finalising its rule, the FDA had indeed asked the industry and the public for evidence on whether premium cigars should have been exempted.

It soon had before it, to summarise Mehta’s opinion, precisely such evidence…yet ignored it.

“The FDA erroneously based its decision on the belief that there was no evidence in the administrative record of different usage patterns for premium cigars that might lead to different health outcomes, when in fact there was such evidence,” from the Centers for Disease Control and Prevention (CDC) and the National Cancer Institute.

In its defence, the FDA then tried to assert that while these studies did indeed exist, they weren’t conclusive on the question of premium cigars’ health risks, so its position was the right one anyway.

But the judge rejected this line of argument, citing a 1983 precedent (Motor Vehicle Manufacturers Association vs State Farm Mutual Automobile Insurance Co) which established that “an agency’s action must be upheld, if at all, on the basis articulated by the agency itself”.

In other words, the FDA could not now defend its decisions five years ago on the basis of new reasoning that it hadn’t stated then. It had not claimed at the time of the deeming rule that these studies failed to demonstrate reduced health risks; it said there just was no data, and yet there clearly was.

Mehta’s ruling changes nothing for cigars immediately (the parties have until 26th July to suggest what concrete steps should be taken in response) and won’t change anything for other products anyway. But much of his criticism of the FDA is also strikingly applicable to the onslaught that reduced-risk alternatives have experienced in the last few years:

Despite its protestations of being entirely science-led, does this suggest that the FDA might occasionally reach a conclusion for other reasons – perhaps inspired by Congressional paymasters, or simply by tobacco-control prohibitionist culture?

The cigar case implies, at best, some very shaky processes within the agency…and it will be no surprise if it gives new ammunition to the vapour manufacturers now challenging marketing denial orders in other courts.