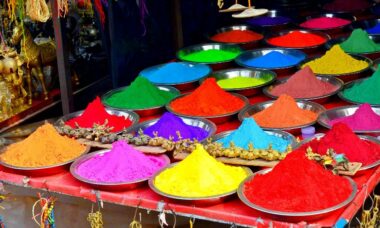 Heated tobacco and other products had been exempt from a prohibition on the marketing of tobacco products with a characterising flavour that was established by the TPD in 2014, as it had initially been intended only for combustible cigarettes and roll-your-own tobacco.

The proposal that has been introduced will include heated tobacco under this ban, meaning any heated tobacco product with a characterising flavour will not be permitted to be sold in European member states in the coming months.

The justification for the ban is based on the heated tobacco products market having developed sufficiently in the EU to now play an impactful role. The 2014 TPD was designed to adapt to changing circumstances. It included a provision whereby tobacco products other than cigarettes and roll-your-own tobacco would no longer be exempt from certain requirements relating to ingredients (such as flavours).

Evidence of this change was published in a report on 15th June, with the delegated directive being published on 29th June. The report includes the sales volumes of heated tobacco products of each EU country per year, from 2018 to 2020, and analyses the increases that took place over this period.

The EU Commission had previously told TobaccoIntelligence that it was expected to finalise the amendment process soon after having provided a draft of the amendment in another Experts Meeting in May of this year.

The Directorate-General for Health and Food Safety (DG-Santé) originally announced plans to apply a flavour ban to heated tobacco products in December 2021 when it said during a meeting of the EU Commission Expert Group on Tobacco Policy that it had determined the category had undergone a substantial change of circumstances as defined by the TPD.

What else is new?

Meanwhile, although the heated tobacco flavour ban is by far the most impactful aspect of the proposal, the amendment does bring other changes to heated tobacco products, too.

It will introduce a requirement for heated tobacco products as well as water-pipe tobacco to start carrying information and health warnings equivalent to those on combustible cigarettes and roll-your-own tobacco.

It should also be noted that the amendment will create a definition of heated tobacco products in the TPD for the first time.

Publication in the Official Journal of the European Union is likely to take place within two months of  the adoption date (29th June 2022), unless the Council and the European parliament decide to end the scrutiny period before then by explicitly informing the Commission that no objections have been raised (early non-objection).

The directive will then enter into force on the 20th day after publication. Once the delegated directive enters into force, member states are required to transpose it into national law within eight months, with a further three-month period until its effects hit the market.