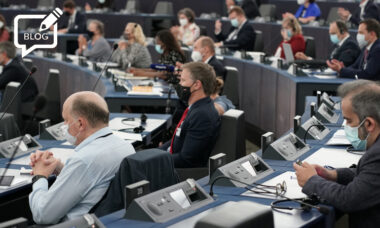 Sooner or later the European Union will have a new Tobacco Products Directive (TPD), and for the industry – as well as member state governments and the public health establishment – one of the big questions will be how it treats new product categories which barely existed at the time of TPD2 in 2014, notably heated tobacco.

Pouches, too, have grown from being a largely Scandinavian phenomenon to become a significant presence on the novel nicotine scene. And while much attention in the formulation of TPD3 is likely to focus on the question of banning or allowing e-cigarette flavours, the treatment of these new categories could be crucially important for the progress of the reduced-risk sector as well.

A vote being held next week on the European Beating Cancer plan could provide an early indication of TPD3’s likely direction, and with that coming up it’s a timely moment to look at some new research conducted by our analysts on TobaccoIntelligence and ECigIntelligence.

They surveyed members of the European Parliament to assess awareness and perceptions of novel nicotine products, and found – as they did in similar research last year – that there’s a very clear correlation between knowledge of these products and comfort with their risk profiles. In broad-brush terms, those that know the least are the most nervous.

But within that overall picture there are some details worth pondering. For example, some MEPs apparently accept reduced risk but also accept the existence of a gateway from novel nicotine products to conventional smoking. So we shouldn’t assume that one positive view from an individual necessarily means all their views are positive.

And there were a lot more “don’t know”s this year than when 2020’s survey was conducted. Since the samples in the two surveys didn’t consist of exactly the same MEPs it’s difficult to say how meaningful that is; a crucial question, of course, is whether “don’t know”s have always not known, or used to think a certain type of product was OK and are now not so sure, or conversely used to think a particular product category was dangerous and are now more relaxed about it.

Whatever the explanation, it’s also evident that vapour is the best-understood category among MEPs, followed by heated tobacco and then nicotine pouches (although among those who are aware, nicotine pouches enjoy the greatest appreciation of reduced risk). If nothing else, that makes it clear where the industry and advocacy groups should concentrate some of their educational effort.

A separate piece of research undertaken by our teams, meanwhile, looks at the overall market for vapour, heated tobacco and pouches in the EU27.

One of the most striking figures there is the value of the heated tobacco market – at €5.5bn it’s already drawn well clear of vapour’s €3bn – but the really startling number is the prediction for heated tobacco in 2025. It could, the researchers believe, be worth more than three times the vapour market by that point (although vapour will grow too).

As well as providing some eye-opening numbers, this report makes clear just how different the markets for different kinds of novel nicotine products are. Heated tobacco, for instance, is sold almost exclusively through bricks-and-mortar stores; vapour is much more reliant on online sales. The market for pouches is disproportionately dominated by Sweden. And so on.

These variations (and many others not covered in this particular report, for example in usage patterns and the kinds of users that different categories are attracting) underline how important it is that the framers of TPD3 take a nuanced approach and don’t assume that what’s true of vapour is necessarily true of pouches, for example.