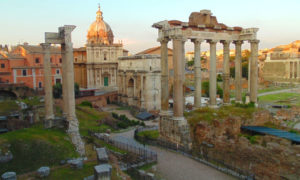 During the process of conversion of the decree into law in the Chamber of Deputies the parties presented seven amendments regarding heated tobacco, most of them about increasing excise duties on them.

Some of the proposals aim to increase the tax burden by reducing the discount heated tobacco receives by comparison with combustible cigarettes, which is currently 75%.

Deputy Marianna Iorio of the Five Star Movement (M5S) suggested increasing the amount companies must pay for tobacco-alternative products to raise the state’s tax income by €60m in 2021 and €120m from 2021.

An alternative proposal sponsored by fellow M5S member Davide Zanichelli would increase the tax on heat-not-burn (HnB) products from 1st August 2020 to “guarantee” an income increase of €166.6m in 2020 and €400m in 2021.

A third proposed amendment, from M5S deputy Giulia Grillo, which aimed at prohibiting all direct and indirect advertising, promotion and sponsorship of heated tobacco products was rejected a few weeks ago by the Budget Committee.

Grillo’s proposal would have included fines from €5,000 to €50,000 for those not complying with the regulations. Any money raised would have gone to the Ministry of Health to fund research towards the prevention of tobacco-related diseases.

The various amendments have been also supported by other parties including the Democratic Party, Free and Equal, Brothers of Italy, Forza Italia and the Mixed Group.

The tax initiatives have also garnered the support of civil groups including Cittadinanzattiva (Active Citizenship), a non-profit movement for the protection of consumer rights which is supported by 70 organisations around Italy, including the farmers’ trade association CIA-Agricoltori Italiani.

A partial reduction in the 75% discount on the excise duties on HnB producdts was initially proposed as an amendment to the recently approved Cura Italia decree to help the country’s public health system, which set the healthcare budget for the coming years.

The increased taxation would seek to raise €1.2bn over the next three years – a predicted €300m this year, €400m in 2021 and €500m in 2022. The amendment to the Cura Italia decree was signed by Democratic Party senator Tommaso Nannicini and 15 members from other parties but was rejected.

What This Means: More than 7,500 proposed amendments to the Relaunch Decree are currently being discussed in the Chamber of Deputies’ Budget Committee.

It is expected that the decree will become law in the next weeks and lawmakers believe the revision of tobacco-alternative taxation will bring an extra injection of cash into the Italian public health system.