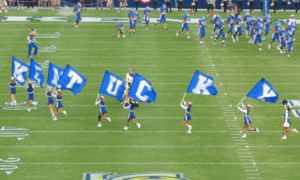 Lawmakers in Kentucky have passed a new bill setting out taxes for tobacco products – but a proposal to increase tax on smokeless products was left out of the final wording.

The original text of House Bill 351, which includes snus and snuff under the same definition, would have doubled the US state’s tax on snuff and snus from the current $0.19 to $0.38 per 1.5 oz portion. The proposal also included an increase from $0.65 to $1.30 per each pound unit sold.

But the final version sent to Kentucky governor Andy Beshear for signature omits those increases, retaining the tax scheme already in force.

One of the sponsors of the bill in the House, Republican Jerry Miller, questioned why the Senate had not included the section of his bill that would have raised the tax on snuff products to “generate more revenue”.

Miller told TobaccoIntelligence: “I included snuff and snus in my version because there was no increase in other tobacco product. Because of our massive pension debt, I strongly felt we needed a large new revenue source.”

He also pointed out that there are three factories in Kentucky that manufacture moist snuff, suggesting this as one of the reasons why the Senate decided to not change the tax scheme for smokeless tobacco products.

What This Means: What was anticipated as a substantial increase in tax on snus and snuff in Kentucky was ultimately no more than a proposal.

This is in contrast with the tax rates adopted for other tobacco-alternative products such as e-cigarettes, which will increase significantly in a bid cut down youth usage.