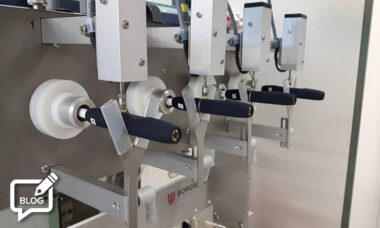 The heated tobacco sector has, compared with its cousin vapour, always suffered from a lack of scientific research and from the perception that most of what does exist is industry-funded.

That’s still very much the case; as a crude measure, on the PubMed database of research papers there are 7,584 results for “e-cigarette” and 3,722 for “vaping”, against just 297 for “heated tobacco” and an even paltrier number for “heat-not-burn”.

But still, a large enough body of scientific work will inevitably start to provide difficult-to-dispute answers to some of the important questions.

At first it seems like good news, then, that Cochrane – the international group that works to compile evidence on health-related issues – has this month turned its attention to heat-not-burn with a new report, “Heated tobacco products for smoking cessation and reducing smoking prevalence”.

Cochrane doesn’t undertake original research, but merges and assesses multiple different studies by others in an effort to obtain a broader picture of a given field than any one paper can achieve. Often known as systematic review or meta-analysis, it’s a well-established approach.

For its heated tobacco paper, Cochrane looked at 13 studies, 11 of which were randomised controlled trials (RCTs); the research covered Japan, Poland, South Korea, the UK and the US.

Unfortunately, the results were inconclusive on most counts. There was evidence of heated tobacco users experiencing less exposure to certain harmful substances compared with cigarette smokers, and more exposure than those who didn’t use tobacco at all – exactly, of course, what you’d expect from a product that is typically ranked on continuum-of-risk scales as riskier than e-cigs but less so than smoking.

But the quality of the evidence was not considered by Cochrane to be high. Sample sizes were low. All the RCTs had been funded by tobacco companies. And none of the research that Cochrane examined looked at smoking cessation as a possible outcome of heated tobacco use, making it simply impossible to draw any conclusions on whether heat-not-burn helps users give up.

Saying “more research is needed” is, of course, almost a cliché. But that doesn’t stop it being true where heated tobacco is concerned – and while its absence might not have been surprising three or four years ago, as the market matures it’s going to be more and more important for regulators as well as for consumers, and indeed for companies in areas ranging from marketing to product design.

Much research in vaping goes over the same old ground again and again; maybe some of that attention would be better paid to this less explored area?

2021 in review: As smoking declines, tobacco alternatives take up the slack

WHO FCTC members urged to change attitude towards tobacco alternatives

False beliefs about tobacco alternatives are themselves a public health problem