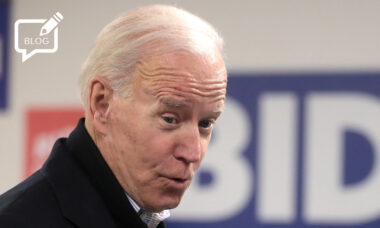 Some headlines notwithstanding, it doesn’t sound like Joe Biden actually sat in the Oval Office and signed off mandatory nicotine reduction while photographers recorded the historic moment and awestruck aides whispered in the corridors.

The making official of what had been long rumoured was more mundanely contained, instead, in the Spring Regulatory Agenda from the Office of Management and Budget (OMB).

As such it derived largely or entirely from the Food and Drug Administration (FDA), and it is one of nearly 200 proposed rules from government agencies in the area of health alone; there’s nothing to suggest this is a particular priority for the Biden administration, though equally it can be presumed that there is no great opposition from the White House.

There is no flesh on the bones of the proposal as yet, either; nothing has really changed since I blogged last week, other than a likely rule becoming an even more likely one.

So for tobacco alternatives, the key question remains unclear: will they be covered, or will the rule – intended to prevent addiction by cutting nicotine levels to an almost imperceptible fraction of those in current products – apply to combustibles only?

The OMB does refer, perhaps ominously, to “certain finished tobacco products”. But the FDA’s own announcement is, reading between the lines, more positive.

It acknowledges that “nicotine is not what makes smoking cigarettes so toxic” (a key point in alternatives’ favour, of course). It refers repeatedly to “combusted” products, and in a final two paragraphs devoted to e-cigarettes doesn’t mention nicotine levels at all, instead concentrating on its progress in processing premarket tobacco product applications (PMTAs) and in education.

It is undoubtedly too early to say anything with certainty, but all the signs are that so far the FDA is not looking to include non-combusted products in its nicotine reduction plans…though “so far” is an important qualifier there.

And if trying to interpret policy attitudes this way is a little reminiscent of Cold War Kremlin-watching, perhaps that’s not a bad metaphor for the current divisions over nicotine in the US.

Meanwhile, in all the excitement over the US low-nic plans, New Zealand’s own moves in that direction have gone largely unnoticed. But the latest version of the Smokefree Environments and Regulated Products (Smoked Tobacco) Amendment Bill lays the groundwork for very similar steps:

“The Minister must, within 21 months of the commencement of section 31 of the Smokefree Environments and Regulated Products (Smoked Tobacco) Amendment Act 2022, recommend that regulations be made prescribing the limits for the quantity of nicotine in any smoked tobacco product, and a method of determining whether those limits have been exceeded.”

Again, there is little detail, and we shouldn’t expect action instantly. But New Zealand is very serious about tobacco control – this government-supported bill is the same one that would permanently ban tobacco product sales to anyone born after 2008 (a policy that has the merit of being much clearer than the annual age-limit increases suggested by the Khan report in the UK).

It wouldn’t be a surprise if New Zealand gets there before the US. And then, the existence of compulsorily reduced nicotine levels in two countries would make it much more likely that others would follow suit…