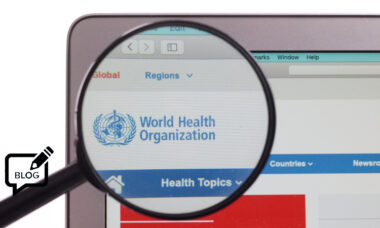 Why won’t the World Health Organization (WHO) talk about tobacco alternatives? It’s never been shy before about putting forward its extreme scepticism. But the WHO decided that the topic wouldn’t be covered at all at its forthcoming COP9 conference, meaning that parties to the WHO’s Framework Convention on Tobacco Control (FCTC) – a group which includes nearly all the countries of the world, though there are a handful of notable exceptions – won’t formally discuss them until 2023.

The official reason is lack of time, and perhaps this will prove to be justified, though given the pace of change in alternatives it’s difficult to see how it could be the kind of lowly agenda item that can simply get lopped off.

For the more conspiratorially minded, there are at least three other alternative explanations, one at least of which is positive (for advocates of tobacco harm reduction).

It’s not inconceivable that the WHO is postponing discussion while it resolves dissension in the ranks. Could there be enough countries, or more specifically enough countries’ COP representatives, slowly warming toward alternatives that a full debate would visibly undermine the WHO’s united and resolutely critical voice?

Perhaps not, given that there is no obvious global tendency toward looser regulation, though it’s an intriguing possibility.

Another, and certainly not positive, interpretation is that the WHO considers the case closed and the defendant found guilty: that there is simply nothing else to say about these products, no possible benefits to even consider.

And a third reading of the WHO’s postponement is that it’s related to the timing of the COP9 event, so soon after the deadline for decisions on novel tobacco products by the US Food and Drug Administration (FDA). Given the impact that the FDA’s assessments (mostly negative so far, but not entirely) are likely to have on perceptions, it’s conceivable that the WHO decided to wait until the picture in the US was clear before holding its own debate.

Whatever the explanation, consideration of reduced-risk products now seems unlikely at COP9 (which starts on Monday), though it’s not impossible they’ll still crop up – and almost certain they’ll be discussed on the sidelines.

But a lack of debate is in itself not necessarily bad news for the sector and its defenders at all. Since no abrupt about-turn on the WHO’s negative position was remotely likely, a silence of several years might in fact encourage countries which have been in thrall to the WHO to take more initiative in making up their own minds.