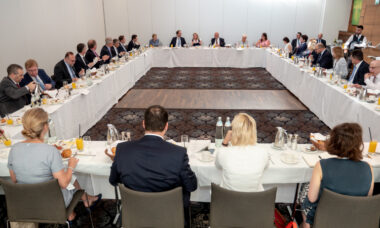 European countries have publicly expressed disagreement with the World Health Organization (WHO)’s decision to postpone discussions of novel tobacco products, keeping them out of the upcoming COP9, the ninth Conference of the Parties to the WHO Framework Convention on Tobacco Control (FCTC).

The Permanent Representatives Committee (COREPER), made up of members of the missions from all EU countries in Brussels, warned that the delay may affect the implementation of effective tobacco control measures.

The FCTC Secretariat said in September that it had decided to hold back any debate about tobacco alternatives until 2023.

An official document approved the COREPER on 27th October and seen by TobaccoIntelligence makes clear: “The EU regrets that this unprecedented situation has resulted in the postponement of substantive discussions on this agenda item to COP10.”

‘No time to talk now’

The COP9 organizers said the postponement of talks was due to “the limited time available for the virtual session and the substantive discussions expected”.

Despite their criticism of the WHO, members of the COREPER welcomed the FCTC position that novel and emerging tobacco products – including heated tobacco – are also covered in the treaty.

During COP8, held in Geneva in 2018, Europe called on the WHO to become more involved in the regulation of heated tobacco, saying that heat-not-burn (HnB) products “are tobacco products and are therefore subject to the provisions of the WHO FCTC”.

The COREPER also highlighted in the position document that taxation of heated tobacco products is an “important tool” in Europe’s tobacco control strategy.

The revision of Directive 2011/64/EU on the structure and rates of excise duties applied to manufactured tobacco is expected to be carried out in early 2022.

What This Means: The COREPER’s “regret” is the first public criticism by participating parties in the COP9 of the decision to put back talks on novel tobacco products.

Despite being highly critical, EU leaders have finally accepted the deferral to 2023 and it is not expected that any individual country will raise concerns during the even, which will take place virtually from 8th to 13th November.

EU member states have asked the WHO to compromise by “continuously monitoring” the use of novel tobacco products by young people amid the increase in its popularity and asked the FCTC Secretariat to present updated reports on the category at COP10, which will take place in 2023.

Why have WHO FCTC COP9 novel tobacco discussions been postponed to 2023?

WHO approach to HnB is ‘short-sighted’ and ‘out of date’, say British MPs