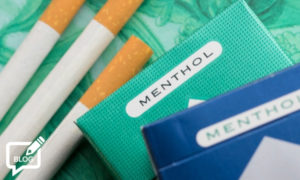 The big news from the US Food and Drug Administration last week was a ban on menthol in combustible cigarettes, closing off a loophole that had allowed this one flavour to be marketed even after all others were forbidden. It may not happen any time soon – the agency’s cautiously-worded announcement said only that it is “working toward issuing proposed product standards within the next year”, language that allows for plenty of delay – but it must now be inevitable.

Menthol had long been a glaring and irrational exception to the overall prohibition of flavours, and the spotlight that has been shone on the situations of minorities in the United States over the last couple of years made it all the more so.

Though the original reasons for menthol’s disproportionate popularity among African American smokers seem lost in the murk of history, there is no doubt that harm associated with these products was being done particularly to certain sections of society, including lower-income groups and LGBT people as well as African Americans.

As acting FDA commissioner Janet Woodcock said, the new ban will “address health disparities experienced by [those groups], all of whom are far more likely to use these tobacco products”. Just as importantly, though, overtly connecting the ban to disadvantaged or marginalised groups makes it very difficult to oppose, even if it is far from guaranteed that current menthol users will in fact quit smoking when the flavour is no longer available.

So that was the obviously big news from the FDA. Yet there was another significant step in a new direction by the agency too, not spoken of but logically necessitated by the menthol ban: the FDA must now be getting closer to a much more controversial and draconian measure, the reduction of nicotine levels in all cigarettes. (Some had in fact expected that announcement last week as well.)

But what does a menthol ban have to do with nicotine levels? The answer is simply that the FDA is running out of options in tobacco control:

• The purchase age has been raised to 21 only recently, and it seems implausible it could be pushed much higher; 21 at least brings tobacco into line with alcohol and cannabis, but there is no similar precedent for raising the age to (say) 25, and if the argument that it’s acceptable to smoke at 21 but not at 20 seems arbitrary, it seems even more so when the ages concerned are 26 and 25.

• New health warnings on cigarette packs are finally on the way, so further action on that front is unlikely for a while.

• Vapour products are now tied up in the PMTA process, and the FDA can’t very well dramatically change the rules pertaining to them in the middle of that process, though it can increase the rigour with which it treats applications.

• Plain packaging would be fought furiously by the tobacco industry, on grounds including First Amendment protections; in any case, it might be seen as an unacceptable government imposition on business, even in a Democratic administration.

• Anti-smoking education and awareness activity is already widespread, and it’s difficult to imagine that even a major ramping up would have significant extra effect.

• And taxation is out of the FDA’s hands, as are public place smoking restrictions.

That leaves nicotine reduction in combustible cigarettes as the one big card the FDA has left to play, at least in the near future. Discussed in 2019 before briefly disappearing from the FDA’s public agenda and then resurfacing recently, the idea is simple: cut nicotine levels to such a low point (the exact amount is debated) that cigarette smoking becomes both unrewarding and non-addictive.

It is, let’s be clear, not a concept whose goal is to make cigarettes “safer” (in fact, by focusing on relatively benign nicotine and not the much more harmful other substances in combustible tobacco, it may have little impact on risk per se).

Its aim is to make the use of cigarettes pointless from the consumer’s perspective, and it comes close to being a ban on the whole category without actually taking that step, which the FDA and its parent the Department of Health and Human Services are forbidden to do. (The 2009 Tobacco Control Act explicitly says that they can’t impose a total prohibition on cigarettes, or require the total removal of nicotine; but it does leave the door open to setting standards for nicotine yields.)

Whether mandating VLNCs would achieve the aim of almost eliminating smoking initiation among the young is unknown, because it’s never been attempted, but it does seem credible – given a wide choice of legal and illegal products and substances to try, why opt for one that doesn’t work? The effect on existing smokers is harder to predict; almost certainly many would move to vaping or heated tobacco (assuming they weren’t regulated in the same way), and bootleggers would enjoy a boom.

But there is also the potential for such a policy to make less difference than hoped for (it has been suggested that smokers are as addicted to the routine as to the nicotine itself), or even go disastrously wrong. What if smokers – or, still worse, non-smokers – mistakenly believe that nicotine was the danger all along, and that with the nicotine eliminated, it’s now safe to smoke? It’s not inconceivable that the misleading recent stress in the US on nicotine as a major risk factor could backfire in this way.

VLNCs would undoubtedly be vigorously resisted by the industry, not least because they would seem to run counter to the spirit if not the letter of the Tobacco Control Act’s strictures. But equally, they might meet little opposition in government. Reducing levels of a demonised substance sounds reasonable, the right to smoke is preserved at least in theory, the counter-arguments are all unproven.

If a drastic nicotine reduction did come to pass, it would be disastrous for the combustible cigarette industry. Depending on the details of the regulation, though, and on what else happens in the meantime, it could be the biggest opportunity yet for tobacco alternatives.