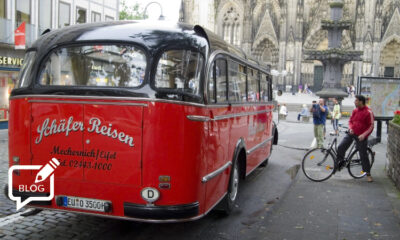 There is not that much clarity on how nicotine pouches are governed in Germany, but the Federal Office of Consumer Protection and Food Safety (BVL) says they are not regulated under the national tobacco law and therefore cannot be placed on the market.

According to the BVL, these oral devices are classified as a foodstuff containing the unauthorised novel food ingredient nicotine.

Perhaps because of this interpretation of the legislation, British American Tobacco (BAT) announced a few days ago that it is suspending German sales of its Velo pouches “with immediate effect and until further notice”.

The Big Tobacco company admits that it is impossible to continue selling the product and has asked all dealers to remove the pouches from sale as soon as possible to avoid further trouble.

BAT said it would continue “to strive for a clear legal regulation, in particular the reduced risk potential of the category” and would continue having conversations with policymakers at the federal level.

Early in the year, scientists taking part in the online symposium Germany Smoke-free 2030 called on health officials to create a “diversification strategy” that could take nicotine pouches into account as smoking cessation tools. But so far, the approach from authorities in the various Länder (German states) has not been that positive.

TobaccoIntelligence understands that last November the State Office for Health and Food Safety in Bavaria issued an opinion qualifying some brands of nicotine pouch as “hazardous to health and therefore unsafe, as the nicotine concentration in the products exceeds the applicable limit values for food”.

In Baden Württemberg, the Ministry of Rural Areas and Consumer Protection deemed that nicotine pouches do not qualify as tobacco products due to the absence of tobacco; however, a decision on a case-by-case basis must always be made to determine, for example, “whether it is a food that, due to its composition, can be assessed as novel and unsafe”.

The ministry believes the classification of these smoke-free products will be clarified by the courts in the near future.

BAT said last month that its global share of the modern oral category rose by 3.4% year-to-date in April compared to 2020, reaching 40.2% across the top five markets.