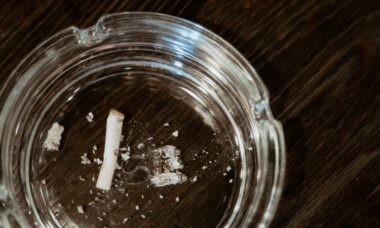 Smoking cigarettes is going out of fashion, but having smoked cannabis is becoming much more common in the US, according to recent research conducted by analytics and polling firm Gallup.

Around 48% of Americans surveyed in a recent Gallup poll admitted to having smoked cannabis at least once, while 16% said they currently do.

This represents a significant increase over the 7% of Americans who in 2013 reported they smoked cannabis and only 4% who in 1969, when Gallup first asked that question in a poll, said they had ever tried it.

At the same time, the popularity of cigarette use among adult Americans has dropped dramatically, with just 11% now smoking compared with a high of 45% in the mid-1950s, while only around 3% of non-smokers currently report having used cigarettes before.

Based on previous Gallup research published in 2022, awareness over tobacco’s negative impact on health has increased in recent years, with over 80% of Americans responding in 2019 that it was very harmful for those who smoked, and more than nine out of ten of those surveyed in the 2013 poll saying they believed smoking caused cancer.

In addition, seven in ten adult smokers over the past five years told Gallup they wished they could quit.

Americans’ opinions are split on the overall impact of cannabis consumption on society, with nearly half of those surveyed saying it has positive effects on society and 51% saying the opposite.

When it comes to cannabis’s effect on users, though, as many as 55% of Americans said they were convinced it was positive.

Tobacco companies looking to profit despite no proven causal link

As debate over the legalisation of recreational cannabis continues in the US ahead of the 8th November midterm elections, the Gallup poll results on tobacco, alcohol and cannabis consumption are likely to influence policy-makers.

There does not, however, appear to be a link between cigarette smoking going down and cannabis consumption going up.

“The data don’t allow us to make a causal link between the two trends,” Newport told CBD-Intel. “We don’t know if cannabis smokers have taken up that habit because it is a substitute for cigarette smoking.”

Nonetheless, tobacco companies are starting to make a link between the two – at least in a business sense.

Earlier this year, tobacco giant British American Tobacco (BAT) announced an increase of over USD5m in its investment into Canadian cannabis firm Organigram, bringing BAT’s stake in the company from 18.8% to 19.5%.

According to Newton, policy-makers and the industry’s reactions to smoking and cannabis consumption trends remain complicated to predict.

“The effect of polls and stories about public opinion on actual corporate actions and elections is difficult to determine,” he said. “The main issue determining the tobacco industry’s actions is dealing with the decline in use of cigarettes in this country, I would assume.”

What This Means: Tobacco smoking is expected to keep declining in the US, pushed by health warnings and restrictions concerning public places, as well as by US Food and Drug Administration (FDA) actions targeting flavours.

At the same time, attitudes towards cannabis are increasingly positive, among adults and teenagers alike, at a time when the debate over cannabis legalisation may influence election outcomes.

Although the link between the two trends has not been supported by any scientific evidence, industry players as well as scientists are starting to look into it. It remains to be seen if and how it will influence policy-makers.